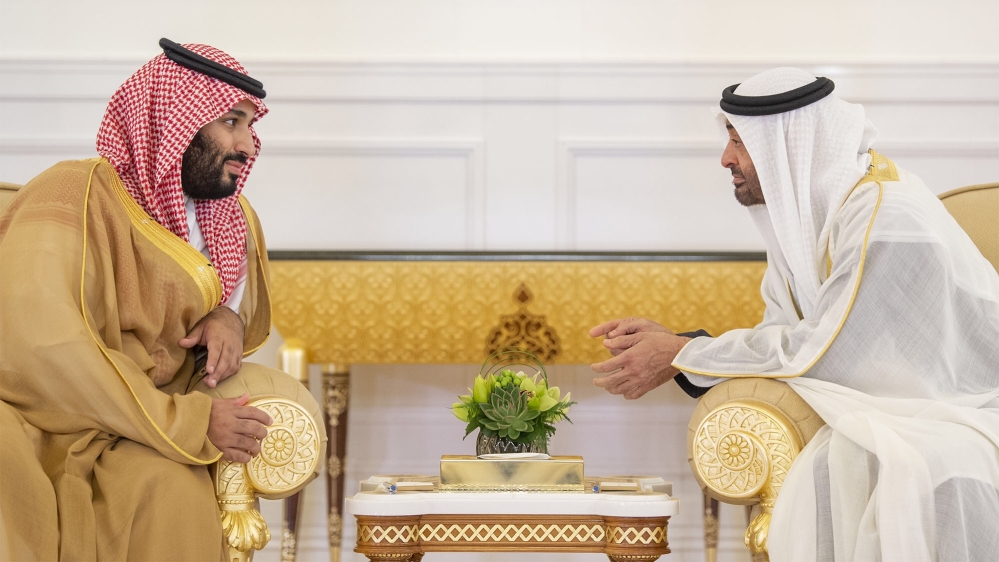 Saudi Crown Prince Mohammed bin Salman (MBS) has continued to dominate news headlines in recent weeks, following reports of his latest crackdown against leading royals and officials, his relationship with another regional leader has once again come to light.
More than 20 years his senior, Mohammed bin Zayed Al Nahyan (MBZ), the crown prince of Abu Dhabi and de facto ruler of the United Arab Emirates (UAE), is often portrayed as a mentor for the less-experienced MBS, whom he backed even before he became the next in line for the Saudi throne in 2017.
More:

The two men are de facto rulers of their countries and see eye-to-eye on a number of domestic and foreign adventures, including their aggressive policies towards political Islamist groups and their roles in regional conflicts such as the long-running Yemen war and the blockade on Qatar.
Their intersecting ambitions have brought the pair together on many occasions, although experts say MBZ remains the mastermind behind many policies and the more influential figure in the relationship.
“In the major confrontations in the Arabian Peninsula, MBZ is in the driver’s seat,” said Willam Law, editor of the Arab Digest, describing the relationship as “one where MBZ exploits the immaturity, the arrogance and the ambition of MBS to achieve his ends.”
“MBZ is happy to let MBS have centre stage while he is in the wings, watching, working and manipulating,” he added.
MBS seems to look up to MBZ’s achievements as a model of success, while the latter plays an important role in supporting the younger crown prince.
The ‘threat’ of political Islam
One of the key domestic policy issues that has united MBS and MBZ is their view on political Islam, especially in the aftermath of the Arab Spring, which left Gulf monarchies feeling that potential unrest may unseat them from power.

BackPage 1 of 2Next →
In this article:MBS-MBZ, special