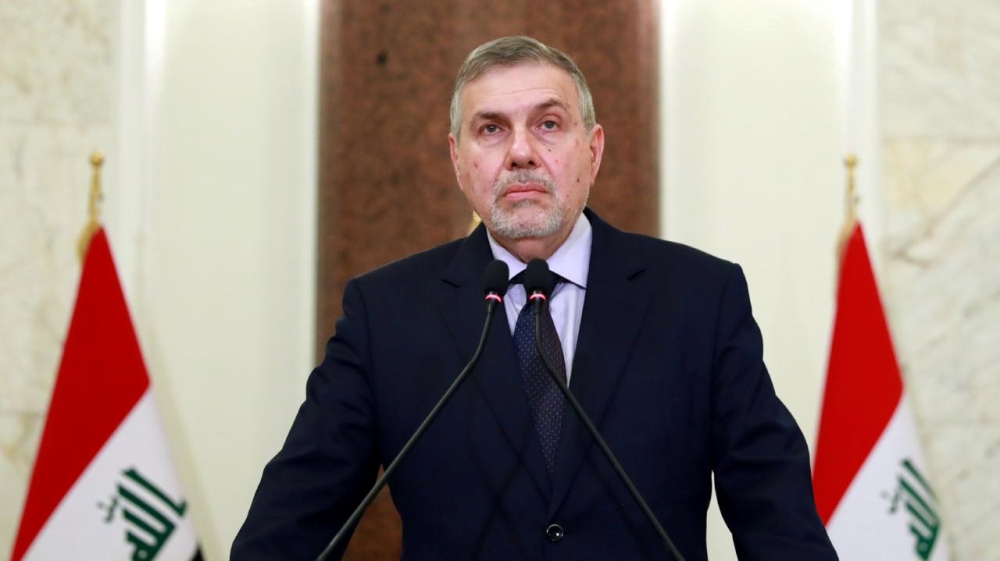 After two months of political deadlock, Iraqi President Barham Salih on Saturday appointed Mohammed Allawi to replace caretaker Prime Minister Adel Abdul Mahdi, who resigned in late November in the face of widespread anti-government protests.
The prime minister-designate has a month to form a government, which must be approved by the country’s deeply divided Parliament. He is tasked with running the country until an early election is held, for which there is no set date.
More:

The appointment of Allawi, a former communications minister, followed an ultimatum by Salih, who had said he would pick a new prime minister himself if parties did not agree on a candidate.
But his choice was instantly rejected by protesters who have for months defied a bloody crackdown to demand a complete overhaul of the country’s ruling class.
“Mohammed Allawi is rejected,” demonstrators in Baghdad’s Tahrir Square chanted on Saturday, dismissing the prime-minister designate as being part and parcel of Iraq’s post-2003 political establishment.
Political career
A cousin of former vice president and prime minister Iyad Allawi, the 65-year-old prime minister-designate is a native of Baghdad and a Shia Muslim.
He earned an engineering degree from the American University of Beirut in the 1980s and began his political career after the 2003 US-led invasion of Iraq that toppled longtime President Saddam Hussein.
A member of parliament until 2005, he then served twice as communications minister under former President Nouri al-Maliki.
Allawi resigned in 2012, accusing al-Maliki of political interference in his ministry and the government of turning a blind eye to corruption.

Upon his appointment, Allawi immediately expressed support for the protests and pledged justice for the hundreds of demonstrators killed by security forces since the uprising began in October.
“I promise you that the blood of the demonstrators and our security forces will not go in vain. The aggressors and criminals will be held accountable and will be brought to justice,” he said in a televised address to the nation late on Saturday.
Like his predecessor, who was forced to resign during the mass unrest, Allawi vowed to create jobs and fight corruption.
He also promised to form a government free of sectarianism and factionalism, one of the key protester demands, before leading the country to an early parliamentary election.
“This commission is a great historical responsibility. So I pledge to God and to the Iraqi people that I will do my best to serve this country,” he said.
Some of Iraq’s factions rejected Allawi’s appointment, but influential Shia leader Muqtada al-Sadr threw his weight behind him.
“This is a good step for the future,” al-Sadr, who controls Parliament’s largest bloc and many ministerial posts, wrote on Twitter. “I hope people will have patience and continue their course of peaceful protests.”
Aziz Jaber Sheal, a political analyst, said Allawi did not enjoy the support of all political blocs but added that he expected al-Sadr’s supporters to “stand with him”.

“If that’s the case, the other political blocs will do the same.”
The US embassy in Baghdad issued a statement on Saturday saying it hoped Allawi’s nomination would lead to “an independent and honest government committed to addressing the needs of the Iraqi people”, while the United Nations welcomed his appointment.
“The prime minister-designate faces a monumental task,” Jeanine Hennis-Plasschaert, ” the UN’s top official in Iraq, said.
“The United Nations has called time and again on all stakeholders to rise above partisanship and place the national interest first. Now is the time to act.”
Continue Reading…

US envoy briefs Afghan president on peace talks with Taliban