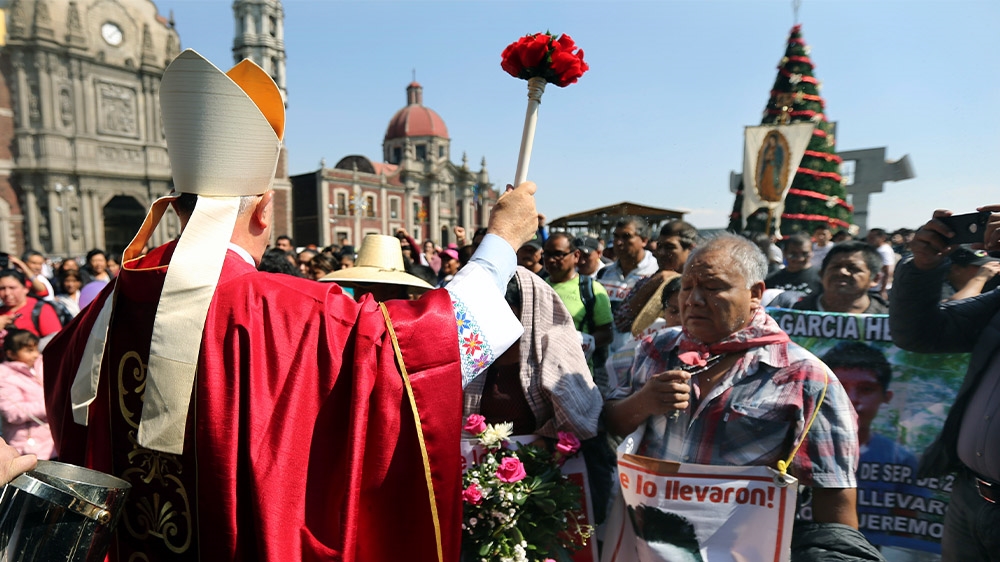 Mexico now says at least 61,000 people have gone missing in the country’s drug wars. The 43 Ayotzinapa students who disappeared five years ago have become emblematic of the violence [File: Marco Ugarte/AP Photo]
The Mexican government said on Monday more than 61,000 people had gone missing as a result of the increasingly violent drug war with powerful cartels, 50 percent more than the government previously estimated.
The new figure from the one-year-old administration of President Andres Manuel Lopez Obrador, popularly known as AMLO, compares with about 40,000 missing cited by the government as recently as June.
More:

How can Mexico break the cycle of violence?

“The official data of missing persons is 61,637,” Karla Quintana, head of the National Registry of Missing or Missing Persons (RNPED), told a news conference.
She said about a quarter of the missing were women.

BackPage 1 of 2Next →
In this article:Mexico, missing