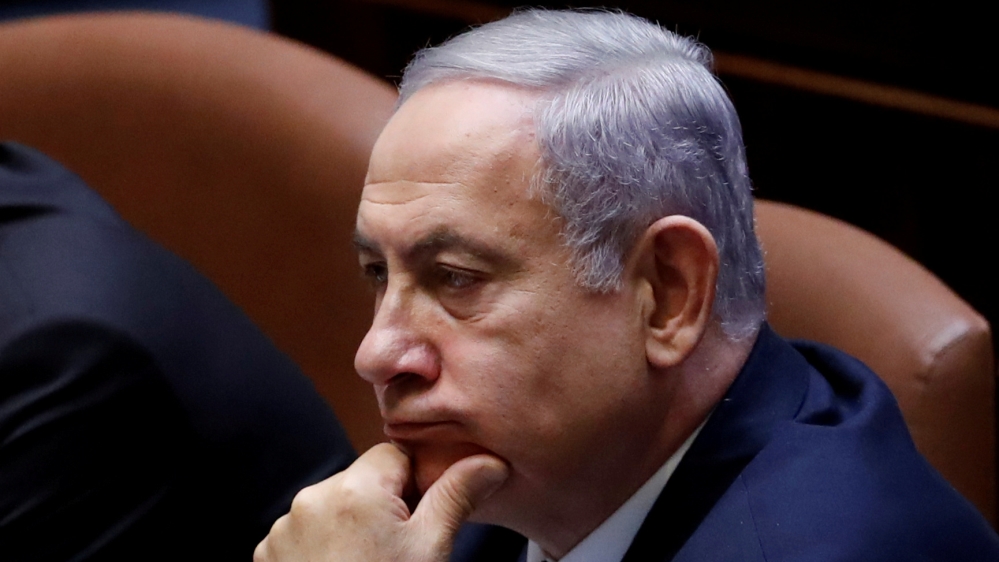 Israeli Prime Minister Benjamin Netanyahu has been formally indicted in court on corruption charges after he withdrew his request for parliamentary immunity from prosecution.
Netanyahu was in Washington for meetings with US President Donald Trump ahead of the release of Trump’s long-delayed US-Israeli “peace” plan for the Middle East when Israel’s attorney-general filed the charges in a Jerusalem court on Tuesday.
Earlier, Netanyahu said he was withdrawing his bid for parliamentary immunity from prosecution on corruption charges, paving the way for a trial to begin.
Israel’s longest-serving prime minister issued a statement on Facebook on Tuesday, saying the immunity proceedings in parliament would have been a “circus” and he did not want to take part in a “dirty game”.
More:

Explainer: What are the allegations against Israel’s Netanyahu?

BackPage 1 of 2Next →
In this article:formally, Netanyahu