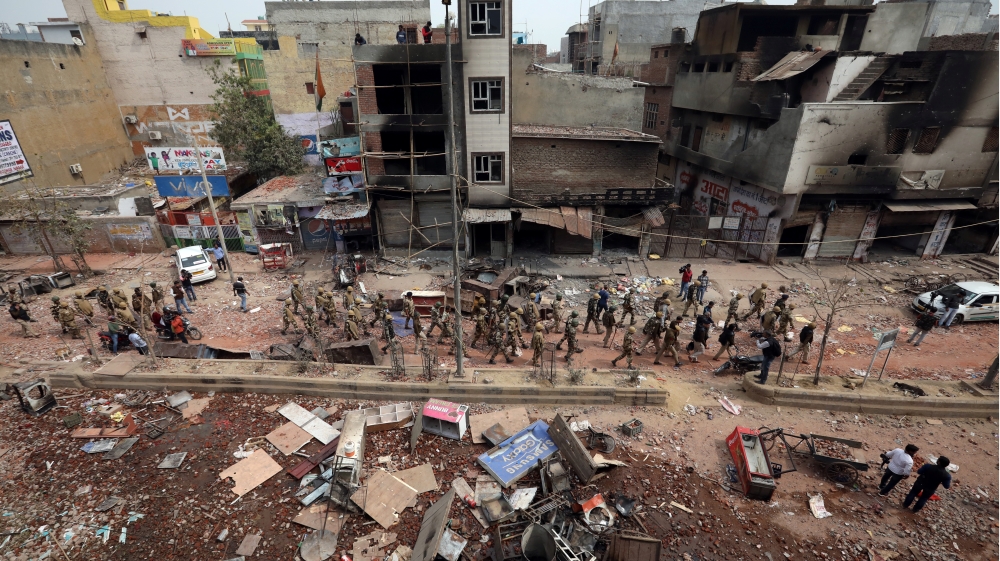 New Delhi is reeling from days of violence, described as some of the worst the Indian capital has suffered in decades.
Dozens of people have been killed and more than 200 were wounded since the unrest began on Sunday in largely Muslim-populated areas in northeast Delhi.
More:

Mosque set on fire during Delhi’s worst violence in decades

The new citizenship bill and the Hinduisation of India

BackPage 1 of 2Next →
In this article:Delhi, worst