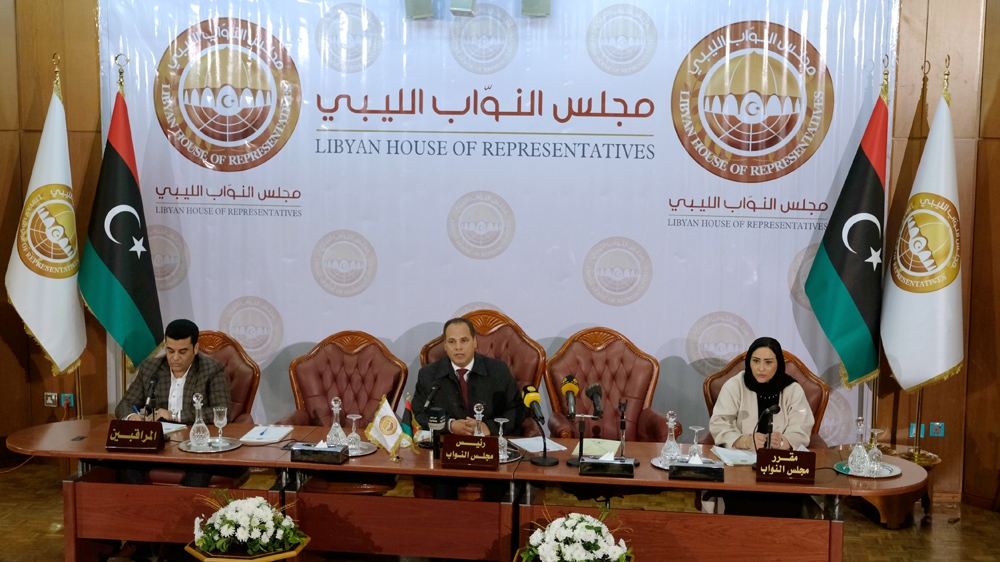 Libya’s eastern-based parliament has voted unanimously against deals on security and maritime cooperation the UN-backed government in Tripoli signed with Turkey, days after Turkish legislators approved a troop deployment to chaos-wracked Libya.
The country has been split into rival eastern and western administrations since 2014.
The UN-recognised Government of National Accord (GNA) currently controls Tripoli in northwestern Libya, and a parallel administration holding the east of the oil-rich country, supported by renegade military commander Khalifa Haftar’s self-styled Libyan National Army (LNA).
Turkish President Recep Tayyip Erdogan and Fayez al-Sarraj, the head of GNA, signed the two controversial deals at a meeting in Istanbul in November.
More:

BackPage 1 of 2Next →
In this article:Libya's, parliament