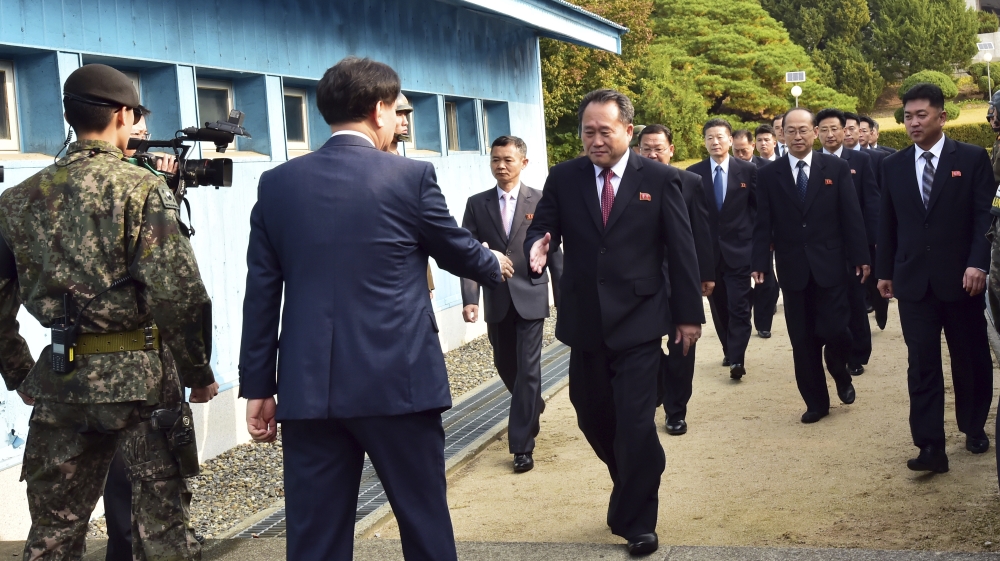 North Korea has named as its new foreign minister a former senior army officer with little experience in dealings with the United States, in a possible indication it will take a harder line with Washington in stalled nuclear negotiations.
The new post for Ri Son Gwon was disclosed Friday in a Korean Central News Agency dispatch that said he attended a reception for foreign diplomats in Pyongyang on Thursday.
More:

South Korean and other outside media previously reported North Korea had recently informed foreign diplomats in Pyongyang of Ri’s job.
In his speech at the banquet, “Comrade Ri Son Gwon said the Korean people have turned out in the general offensive to break through head-on the barriers to the advance of socialist construction by dint of self-reliance … and made public the foreign policy stand of the (North Korean) government,” KCNA said.
Ri, an outspoken retired army colonel who recently headed a government body responsible for relations with South Korea, has taken part in numerous inter-Korean talks over the past 15 years. But he lacks experience in negotiations with the US.

BackPage 1 of 2Next →
In this article:Korea, North