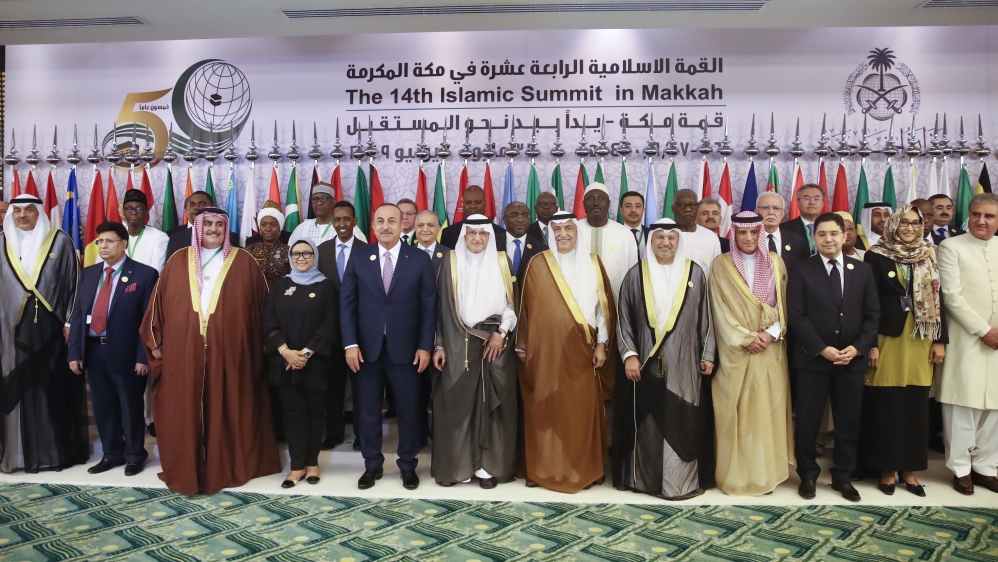 The Organisation of Islamic Cooperation (OIC) has said it rejects US President Donald Trump’s recently unveiled Middle East plan.
The 57-member body, which held a summit on Monday  to discuss the plan in Saudi Arabia’s Jeddah, said in a statement that it “calls on all member states not to engage with this plan or to cooperate with the US administration in implementing it in any form”.
Requested by the Palestinian leadership, the meeting of the body came two days after the Arab League rejected Trump’s so-called “deal of the century”, saying: “It does not meet the minimum rights and aspirations of Palestinian people.”
More:

Why are Arab states ‘divided’ in the face of the US-Israeli plan?

A Rock and a Hard Place: What is it like to live in Jerusalem?
Addressing a pro-Israel audience at the White House with Israeli Prime Minister Benjamin Netanyahu by his side, Trump on Tuesday described his long-delayed plan for resolving the Israeli-Palestinian conflict as a “win-win solution” for both sides.
The US president said his proposed deal would ensure the establishment of a two-state solution, promising Palestinians a state of their own with a new capital in Abu Dis, a suburb just outside Jerusalem. Trump also said Jerusalem would be the “undivided capital” of Israel. The Palestinians want both occupied East Jerusalem and the West Bank to be part of a future state.

Palestinian leaders, who were absent during the announcement and had rejected the proposal even before its release, denounced the plan as “a new Balfour Declaration” that heavily favoured Israel and would deny them a viable independent state.
The OIC said in a statement on Twitter on Sunday that its “open-ended executive committee meeting” at the level of foreign ministers would “discuss the organisation’s position after the US administration announced its peace plan”.
With member states from four continents, the OIC is the second-largest intergovernmental organisation in the world after the United Nations, with a collective population reaching more than 1.8 billion.
The majority of its member states are Muslim-majority countries, while others have significant Muslim populations, including several African and South American countries. While the 22 members of the Arab League are also part of the OIC, the organisation has several significant non-Arab member states, including Turkey, Iran and Pakistan. It also has five observer members, including Russia and Thailand.

BackPage 1 of 2Next →
In this article:emergency, meeting