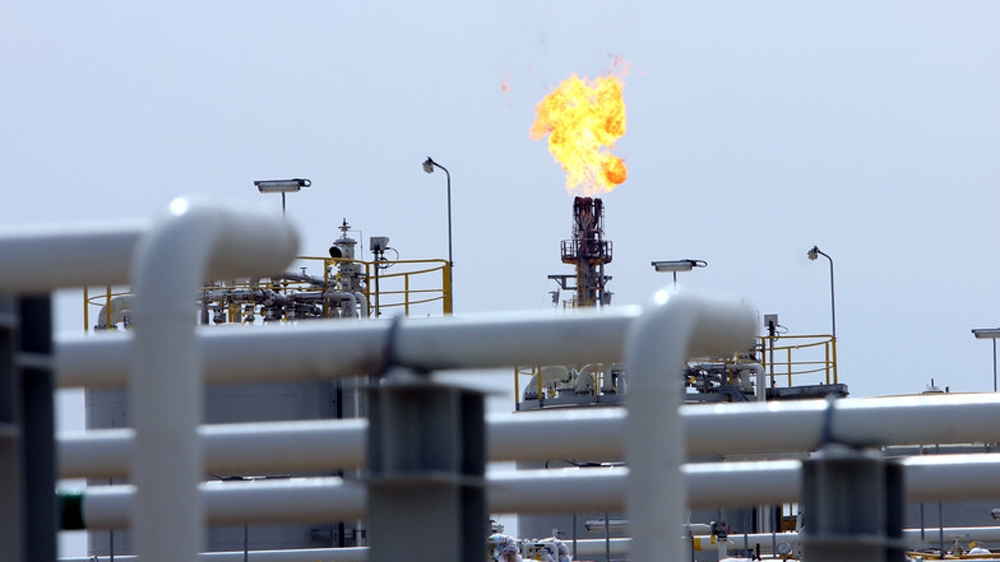 Why did US oil prices crash? And how will it affect me?

Prices of benchmark United States crude turned negative on Monday, dropping as low as -$40.32 per barrel before settling in the negative thirties. And prices fell under pressure again on Tuesday. Why are oil prices crashing? And how could it affect you? Why did US oil prices turn negative?  In a word – oversupply. Right…

Prices of benchmark United States crude turned negative on Monday, dropping as low as -$40.32 per barrel before settling in the negative thirties. And prices fell under pressure again on Tuesday.
Why are oil prices crashing? And how could it affect you?
Why did US oil prices turn negative?
In a word – oversupply. Right now there is so much excess crude sloshing around the US and global markets that producers and traders are literally running out of places to store it – both on land in tanks, and even at sea on oil tankers. When prices turn negative, that signals that traders are willing to pay to have oil taken off their hands.
I kept hearing about oil futures? What are those?
Oil trades as so-called “futures contracts” that allow buyers to purchase barrels of oil at a predetermined price for delivery at a predetermined future date. This is a binding agreement that legally requires buyers and sellers to make good on the deal when the contract comes due.
On Monday, the futures contract that obliged buyers to take possession of US benchmark West Texas Intermediate (WTI) crude in May was set to expire the next day. And because traders were worried about where they could possibly store the crude they were obliged to take possession of, they dumped the contracts, sending them into negative territory.
Brutal. Will the same thing happen to WTI that’s set to be delivered in June?
Prices for WTI for June delivery were under pressure on Tuesday, but they hadn’t yet turned negative. But if storage remains an issue, the pressure is unlikely to ease up.
Why is there such a massive glut of crude?
The world was already awash in crude going into this year. Then the coronavirus struck, ushering in containment measures that shut down businesses, closed borders, disrupted international travel and locked down consumers. Those disruptions decimated demand even more. And just when things couldn’t get any worse, Saudi Arabia declared an oil price war.
What is an ‘oil price war’ and why did the Saudis declare one?
The Saudis, who are the de facto leaders of the OPEC oil price fixing cartel, wanted non-OPEC producer Russia to agree to deep production cuts to offset the coronavirus demand hit and buoy prices. When Russia refused to do as the Saudis wanted, Riyadh responded last month by lowering the price it charges for Saudi crude and pumping oil with abandon. That’s when prices really started to nosedive.
But doesn’t that hurt the Saudis too when prices nosedive?
For sure, but not as much as other producers. The Saudis can pump oil more cheaply than any other entity, which gives them a serious advantage if they want to steal market share from higher cost producers. But they can’t weather such low prices indefinitely. The kingdom needs oil to fetch $83 a barrel to balance its budget.
Which producers were hurt the most?
Any country that relies heavily on oil for the lion’s share of its income is getting clobbered right now. So are US shale oil producers, because their cost of production is relatively high. Many US oil producers need crude to fetch between $46 to $54 a barrel to break even, let alone to turn a profit. It doesn’t help that a lot of companies in the US shale patch borrowed big time to drill new wells, which are simply not profitable when prices crash. Which is why President Donald Trump personally got involved in oil markets.
What did Trump do?
He turned relationship counsellor. He called up Saudi Arabia’s de facto leader, Crown Prince Mohammed bin Salman, and Russian President Vladimir Putin, and asked them to call a truce and strike a deal to stabilise oil markets.
Did Trump succeed?
Yes and no. Saudi-led OPEC and its allies did agree to a record production cut of 9.7 million barrels a day. But the markets were hardly impressed because even that historic curb is not enough to counter the blow coronavirus has delivered to demand. So US shale producers are still under the gun. Big time. And running out of room to store all the crude they are producing.
How soon until they run out?
By some esimates, very soon. Rystad Energy analysts reckon the oil storage hub in Cushing, Oklahoma, which is where US oil bought on futures contracts is delivered, could run out of room by mid-to-late May.
Is it just the shale oil corporate big shots and shareholders who get hurt by this?
No. The people who work for those firms could lose their jobs if their firms go under and, as of March, some 156,000 people were employed in the US oil and gas sector.  But the damage could spread to businesses that feed from oil and gas extraction. And if these firms go under, that means less tax revenue to fund government programmes.
Remember, your income is my income. My income is your income. That’s how the economy works. We’re all in it together.
What about petrol prices? Will negatively priced oil mean I’ll fill up my tank for free?
No. While the cost of petrol has declined along with demand in the wake of lockdowns, petrol prices aren’t just determined by the price of oil. There are also refining costs, distribution and marketing, as well as taxes that determine what you pay at the pump. Check out this rather engaging graphic produced by the US Energy Information Administration.

Nowhere to go: US oil prices fall back below zero, stocks fall

United States crude oil futures plunged back into negative territory and Brent collapsed on Tuesday following a historic plunge in oil prices below zero for the first time ever.  The fall in prices was triggered by the expiry of May futures contracts for US West Texas Intermediate (WTI) crude, which would have left traders stuck with… 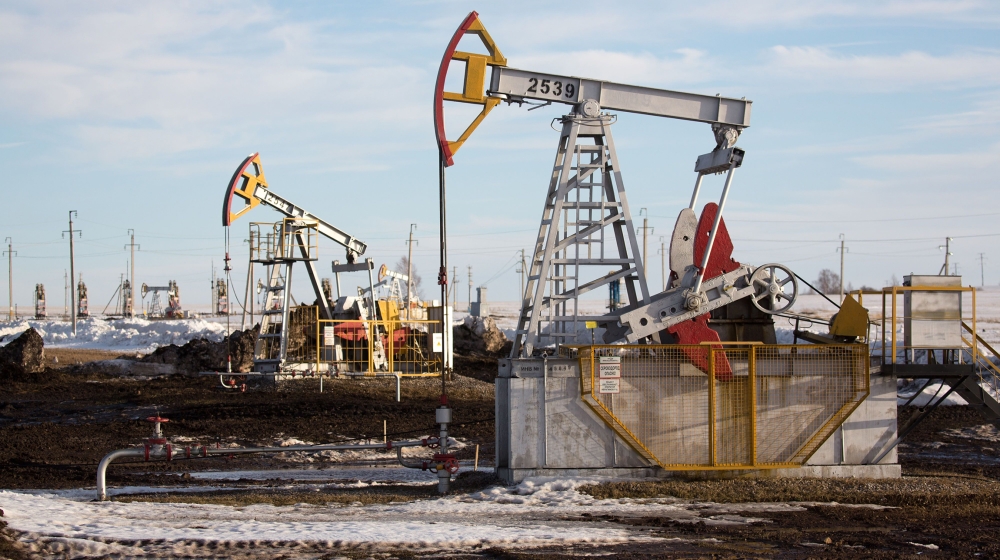 United States crude oil futures plunged back into negative territory and Brent collapsed on Tuesday following a historic plunge in oil prices below zero for the first time ever.
The fall in prices was triggered by the expiry of May futures contracts for US West Texas Intermediate (WTI) crude, which would have left traders stuck with barrels of physical oil in a market with few willing buyers as the coronavirus pandemic continues to ravage energy demand.
More:

Rebound: Oil prices rise after historic crash to below zero

US WTI crude for May delivery traded at -$2.58 a barrel by 08:07 GMT, up $35.05 from Monday’s close when the contract settled at -$37.63 a barrel.
Negative oil prices are a sign that producers are willing to pay people to take oil off their hands.
Brent crude oil, which is the international standard for crude oil prices, slumped more than 26 percent or $6.76 to $18.81, its lowest since 2002.
Global stocks were also dragged into the red on Tuesday with MSCI’s index of emerging market stocks down 2 percent, eyeing its worst day in nearly three weeks. The currencies index was down 0.4 percent.
In Asia, Japan’s Nikkei fell 1.97 percent and  China’s blue-chip CSI300 fell 1.18 percent, while the broader Shanghai Composite Index declined 0.9 percent.
The slump in the US futures contract for crude was exaggerated by the looming expiry late on Tuesday of the front-month contract for the delivery of oil in May when the lack of storage is set to be particularly acute.
The more active June contract, which had earlier been well supported, slipped more than $1 to just above $18 a barrel. June trading volumes were roughly 80 times those of the expiring May contract.
“The coming weeks are surely going to be interesting for the oil markets,” Suvro Sarkar, of DBS Bank, told Al Jazeera.
DBS sees the second quarter of 2020 as being the trough for oil prices and Sarkar expects that WTI futures may continue to trend towards zero in the coming month.
“We do not think Brent will follow it all the way there. But, we would not be shocked if Brent breaches 20 or 10 dollars per barrel in coming days or weeks,” he said.
Unlike the internationally shipped Brent crude, WTI front-month contracts involve physical deliveries of the oil to a specific location, namely the oil terminal in Cushing, Okhlahoma, which is rapidly filling up, Sarkar explained.
Although international storage is more readily available than US storage at this point, Sarkar said, “one might wonder … if traders cannot access US storage for physical crude deliveries in May, how will they find storage for June?”
The coronavirus pandemic has pummeled global travel, transportation and economic activity, sending the demand for crude plummeting. As such, many traders holding oil futures were left with an oversupply of physical oil.
Unfortunately, the options for the Saudi Arabia-led Organisation of Petroleum Exporting Countries and fellow major oil producers including Russia – a group known collectively as OPEC+ – options for further supply cuts are limited.
“Cutting production further on a [government-to-government] level can hardly make too much of a dent in the near term, and is not feasible for smaller countries to agree to cut above 25 percent. So options for US and OPEC+ are limited in the face of this deep hole in demand that we see in 2Q20,” Sarkar said.
OPEC+ had previously agreed to reduce oil output by a record 10 million barrels per day, although most analysts saw this move as insufficient to support oil prices in a market where demand remains weak due to the pandemic.
The American Petroleum Institute is set to release its data at 4:30pm (20:30 GMT) on Tuesday, and the weekly report by the US Energy Information Administration is due at 10:30am (14:30 GMT) on Wednesday.
President Donald Trump said his administration would consider blocking oil imports from Saudi Arabia to protect the US shale oil industry.
Continue Reading…