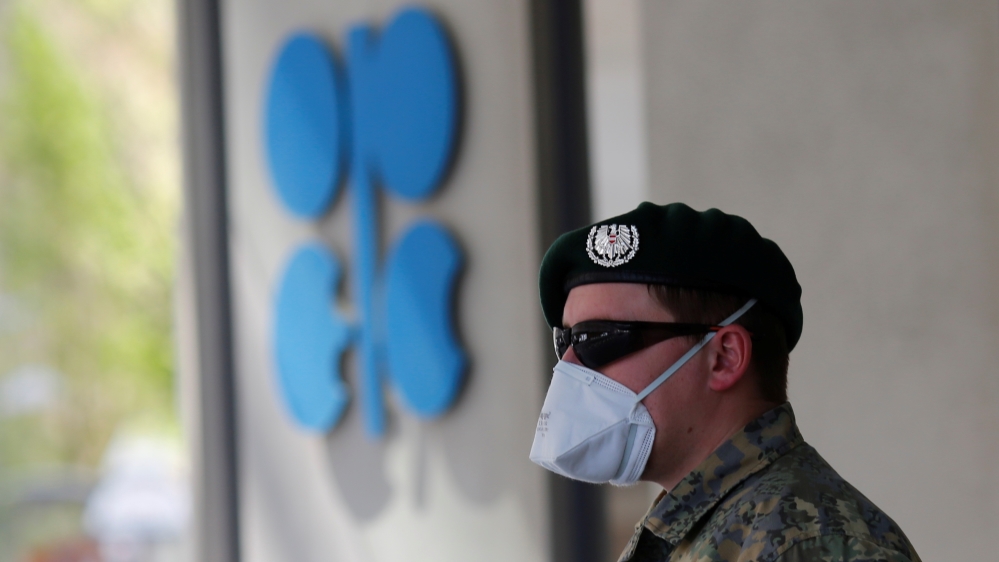 The Organization of the Petroleum Exporting Countries and its allies, a group known as OPEC+, agreed on Thursday to cut oil output by 10 million barrels per day (bpd) in May and June, according to a statement released by the group. The move is designed to help prop up petrol prices, which have been battered by the coronavirus crisis.
OPEC+ said the cuts would be eased between July and December to eight million bpd, and the reductions would then be relaxed further to six million bpd between January 2021 to April 2022. OPEC+ said it would hold another video conference meeting on June 10 to assess the market. But it did not mention the conditions for countries outside the grouping to reduce oil output.
More:

Can the world’s top oil producers save a crashing market?

“It’s a major climbdown for Russia and particularly Saudi Arabia, which picked a terrible time for a price war,” Jim Krane, energy fellow at Rice University, told Al Jazeera
Earlier on Thursday, the mega players were seeking to convince Mexico to join in a deal to implement record oil cuts to lift crudes prices battered by the coronavirus crisis, an OPEC source told Reuters news agency. OPEC+ ministers were trying to persuade Mexico to cut its output by 400,000 bpd based on the country’s output level in October 2018, as part of broader cuts.
A worldwide lockdown to slow the spread of the coronavirus pandemic has cut fuel demand by roughly 30 percent and contributed to a crash in prices that took major benchmarks down by more than two-thirds before they recovered in recent days in anticipation of action from oil producers.

“With storage brimming, it’s been clear that someone was going to have to fall on his sword. Now it looks like Saudi Arabia and Russia are again the adults in the room. Oil producers worldwide should be thankful,” Krane said.
Even with such a reduction in output, analysts still expect storage to fill up worldwide, forcing producers to cut back drilling activities. United States gasoline demand has fallen by nearly half since mid-March alone, and other nations have reported similar declines.
“The proposed 10 million bpd cut by OPEC+ for May and June will keep the world from physically testing the limits of storage capacity and save prices from falling into a deep abyss, but it will still not restore the desired market balance,” the oil markets team at Rystad Energy wrote in a research note.
The US, whose output has surged to the number-one spot, topping the Russians and the Saudis, has not committed to any cuts. But Washington has said that US output has fallen as oil prices take a dive and that it expects US output to fall by nearly two million bpd by next year.
“The core reason for the price war remains US shale’s freeriding on OPEC sacrifices. Once the pandemic eases, if we see shale returning to its old ways – grabbing market share while others cut – the Saudis will have cause to launch another price war,” Krane added.
The last OPEC meeting in early March ended acrimoniously, with Russia and Saudi Arabia unable to come to an agreement to curb output as the virus spread, adding to the slump in prices.
Continue Reading…

Democratic presidential nominee Joseph R. Biden said Wednesday that he agrees with the Trump administration’s planned drawdown of U.S. troops in Iraq and Afghanistan. “Yes, I do. As long as he has a plan to figure out how he’s going to deal with ISIS,” Mr. Biden said as he was traveling back from Michigan. Officials… 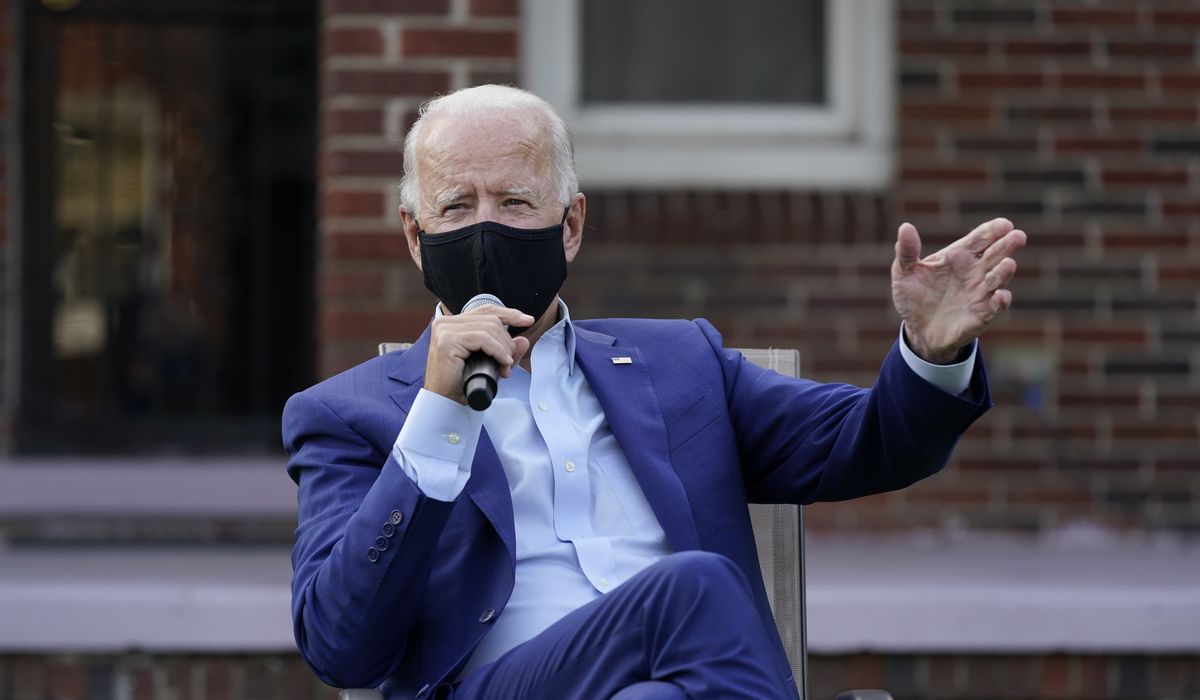 “Yes, I do. As long as he has a plan to figure out how he’s going to deal with ISIS,” Mr. Biden said as he was traveling back from Michigan.

Officials confirmed Wednesday that the U.S. will soon cut the number of troops in Iraq from 5,200 down to 3,000.

“The U.S. decision is a clear demonstration of our continued commitment to the ultimate goal, which is an Iraqi Security Force that is capable of preventing an ISIS resurgence and of securing Iraq’s sovereignty without external assistance,” said Marine Gen. Kenneth “Frank” McKenzie, the head of U.S. Central Command.

• Ben Wolfgang contributed to this report.

Egypt, Ethiopia and Sudan will agree a deal to fill the giant Blue Nile dam in two to three weeks, following mediation by the African Union to broker a deal to end a decade-long dispute over water supplies. Tortuous negotiations over the years have left the two nations and their neighbour Sudan short of an… 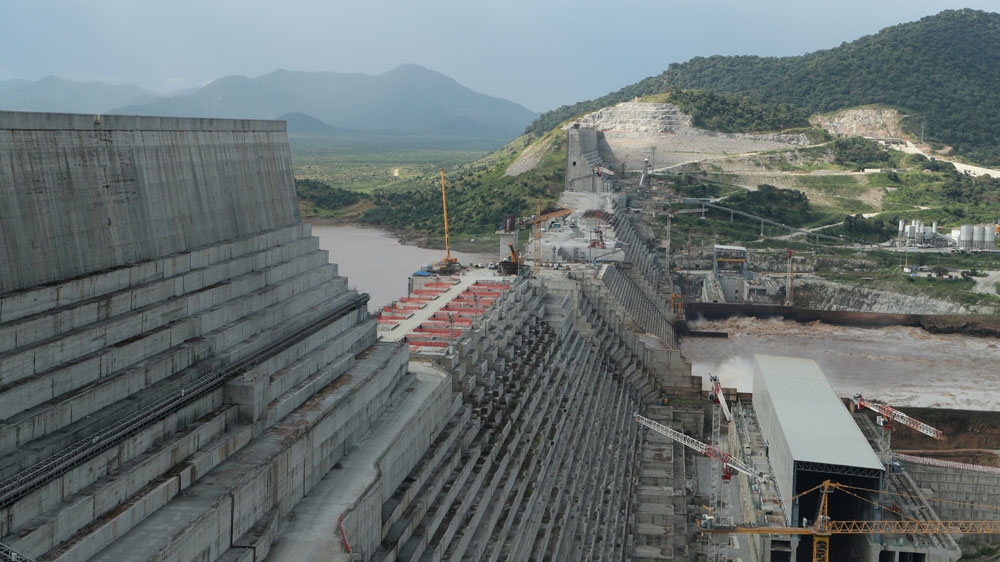 Egypt, Ethiopia and Sudan will agree a deal to fill the giant Blue Nile dam in two to three weeks, following mediation by the African Union to broker a deal to end a decade-long dispute over water supplies.
Tortuous negotiations over the years have left the two nations and their neighbour Sudan short of an agreement to regulate how Ethiopia will operate the dam and fill its reservoir, while protecting Egypt’s scarce water supplies from the Nile river.
Ethiopia’s water minister, Seleshi Bekele, said that consensus had been reached to finalise a deal within two to three weeks, a day after leaders from the three countries and South African President Cyril Ramaphosa, who chairs the African Union (AU), held an online summit.
The announcement late on Friday was a modest reprieve from weeks of bellicose rhetoric and escalating tensions over the $4.6bn Grand Ethiopian Renaissance Dam, which Ethiopia had vowed to start filling at the start of the rainy season in July.
Ethiopia has hinged its development ambitions on the mega-project, describing the dam as a crucial lifeline to bring millions out of poverty. Egypt, which relies on the Nile for more than 90 percent of its water supplies and already faces high water stress, fears a devastating impact on its booming population of 100 million.

Press Release on The Extraordinary Meeting of the Bureau of the African Union Assembly on the Grand Ethiopian Renaissance Dam#PMOEthiopia pic.twitter.com/a7168n6iL7
— Office of the Prime Minister – Ethiopia (@PMEthiopia) June 27, 2020

Sudan, which also depends on the Nile for water, has played a key role in bringing the two sides together after the collapse of United States-mediated talks in February.
After the AU video conference chaired by South Africa on Friday, Egyptian President Abdel Fattah el-Sisi said that “all parties” had pledged not to take “any unilateral action” by filling the dam without a final agreement, according to state media.
Sudanese Prime Minister Abdalla Hamdok also indicated the impasse between the Nile basin countries had eased, saying the countries had agreed to restart negotiations through a technical committee with the aim of finalising a deal in two weeks.

Egypt calls on UN to intervene after impasse in Nile dam talks (2:14)

Ethiopia won’t fill the dam before inking the much-anticipated deal, Hamdok said in a statement, adding: “Sudan is one of the biggest beneficiaries from the dam and also one of the biggest losers if risks are not mitigated, thus it urges Egypt and Ethiopia to the impending necessity … of finding a solution.”
Moussa Faki Mahamat, chairman of the AU, said the countries “agreed to an AU-led process to resolve outstanding issues,” without elaborating.

Sticking points in the talks have been how much water Ethiopia will release downstream from the dam if a multi-year drought occurs and how Ethiopia, Egypt and Sudan will resolve any future disagreements.
Both Egypt and Sudan have appealed to the United Nations Security Council to intervene in the years-long dispute and help the countries avert a crisis. The council is set to hold a public meeting on the issue on Monday.
Filling the dam without an agreement could bring the standoff to a critical juncture. Both Egypt and Ethiopia have hinted at military steps to protect their interests, and experts fear a breakdown in talks could lead to open conflict.
Joseph Siegle, director of research at the Africa Center for Strategic Studies based at the National Defense University, called Ethiopia’s change in position “significant”.
“The Ethiopian agreement to wait, that’s a big pause – in terms of the pressure that was building up on this discussion,” he told Al Jazeera, adding that he hoped to see a resolution shortly.
“Ethiopia feels pressure because the next two months are the rainy season. The dams down the river, including the Aswan High Dam, they are at their near capacity,” said Siegle.
“So this is actually a really good time to start filling the dam. It would least affect Egypt. So Egypt has some incentive to agree to get this going at this point in time. In the best-case scenario, they will get back to the negotiating table and they will come to a quick agreement and then move this forward.”
Continue Reading…