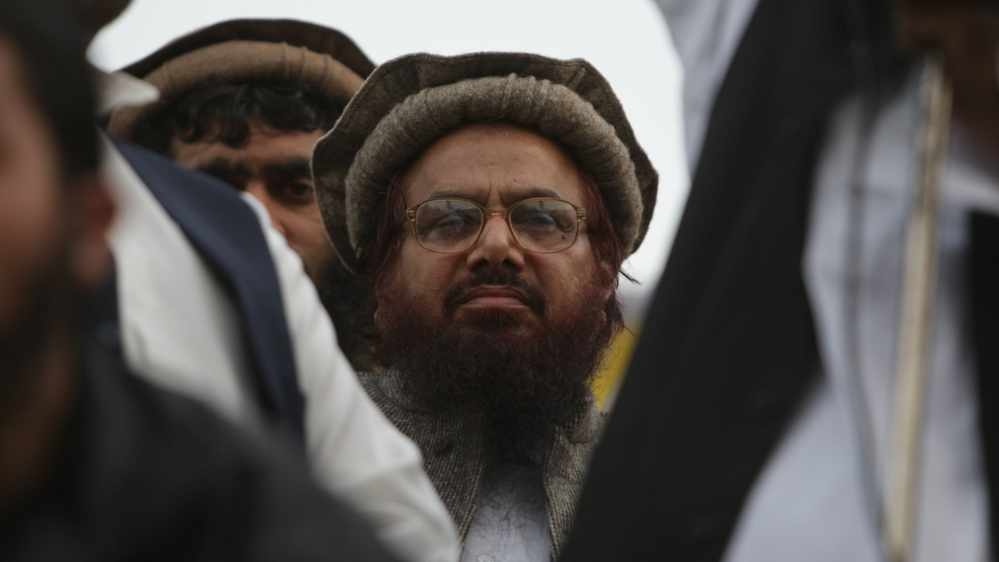 Islamabad, Pakistan – A Pakistani anti-terrorism court has sentenced Hafiz Muhammad Saeed, the founder of the Lashkar-e-Taiba armed group, to five and a half years’ prison in a case related to terrorism financing, his lawyer says.
Saeed was convicted and sentenced on two counts by a court in the eastern city of Lahore on Wednesday, Imran Gill, the lawyer, told Al Jazeera.
He was sentenced to six months’ imprisonment for being a member of a “proscribed organisation” under Pakistani law, and another five years for a charge related to “illegal property”, Gill said.
More:

‘Are we stronger now?’ India marks 10 years since Mumbai attacks

BackPage 1 of 2Next →
In this article:jails, Pakistan