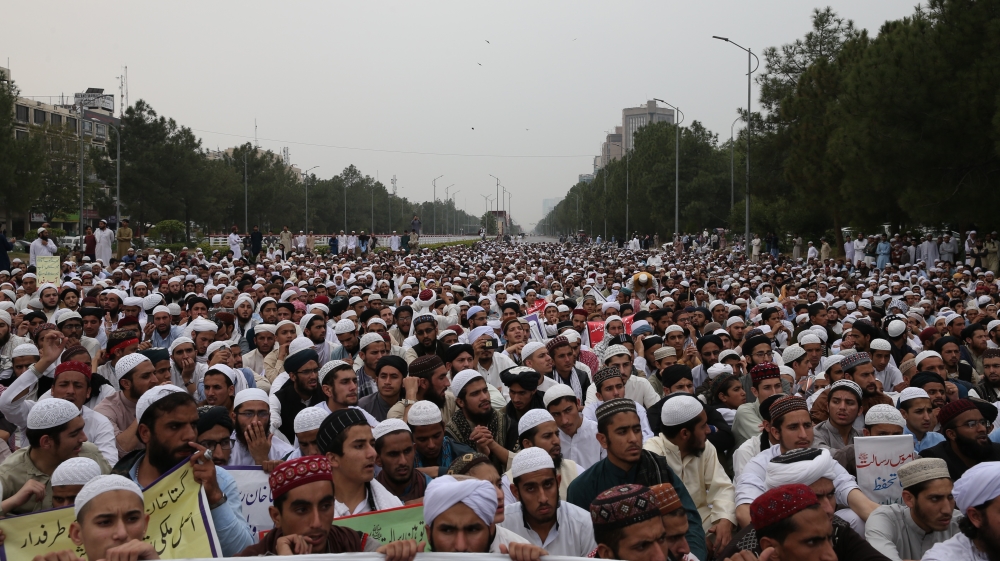 Islamabad, Pakistan – A Pakistani court has sentenced 86 members of a far right religious party to 55-year prison terms each for taking part in violent protests against the acquittal of a Christian woman in a blasphemy case, party officials say.
The verdicts were announced late on Thursday night by a court in the northern garrison city of Rawalpindi, Pir Ejaz Ashrafi, a senior leader of the Tehreek-e-Labbaik Ya Rasool Allah (TLYRA) party, told Al Jazeera.
More:

BackPage 1 of 2Next →
In this article:far-right, Pakistani