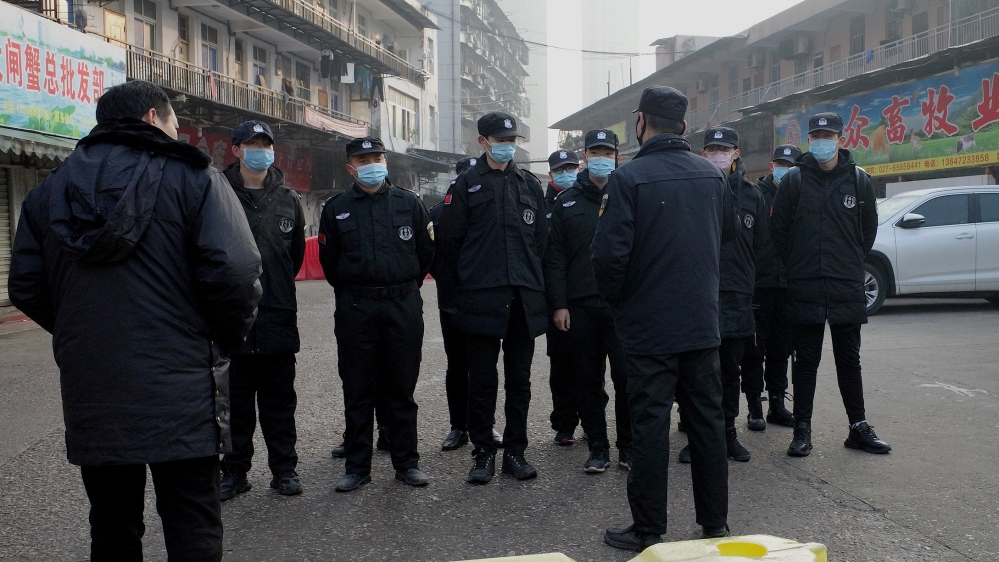 The number of people infected by a mystery SARS-like virus that has killed two people in China is likely to be hundreds more than officially reported, researchers have said.
The news comes as Chinese health authorities said on Saturday that they have discovered four more cases of pneumonia following an outbreak of what is believed to be a new coronavirus strain.
More:

The four individuals were diagnosed with pneumonia on Thursday and are in stable condition, the Wuhan Municipal Health Commission said in a statement published shortly after midnight.
Saturday’s statement marked the first confirmation of new cases by officials in nearly a week and came a day after the commission confirmed the death of a second patient.
Coronaviruses usually cause mild to moderate upper-respiratory tract illnesses, such as the common cold, but can also affect the lower-respiratory tract, causing pneumonia or bronchitis.
Chinese authorities said 45 people in the country had contracted the virus, with the outbreak centred around a seafood market in the central city of Wuhan, which is home to 11 million people.
“[The Chinese government] has released figures saying there are 45 people affected, about 100 people continue to be monitored, 600 who were originally quarantined have now been let go because they have no symptoms,” Al Jazeera’s Katrina Yu, reporting from Beijing, said.
But a paper published on Friday by scientists with the MRC Centre for Global Infectious Disease Analysis at Imperial College London said the number of those affected in the city was likely to be considerably more than a thousand.
The scientists at the centre – which advises bodies including the World Health Organization (WHO) – said they estimated a “total of 1,723 cases” in Wuhan would have been infected as of January 12.
The researchers took the number of cases reported outside China so far – two in Thailand and one in Japan – to construe how many people were likely infected in Wuhan, based on international flight traffic data from the city’s airport.

“For Wuhan to have exported three cases to other countries would imply there would have to be many more cases than have been reported,” Professor Neil Ferguson, one of the authors of the report, told the BBC.
“I am substantially more concerned than I was a week ago,” he said, adding, however, that it was “too early to be alarmist”.
“People should be considering the possibility of substantial human-to-human transmission more seriously than they have so far,” he added, saying it was “unlikely” that animal exposure was the main source of infection.
China has said that all cases so far have been restricted to Wuhan. Al Jazeera’s Yu said at least eight people had been arrested in China for spreading rumours about the seriousness of the virus.
Airport screening
Two people are known to have been killed by the virus – a pathogen from the same family as the deadly SARS virus –  as health authorities around the world sought to assure the public that the overall risk of infection remained low.
Authorities in Hong Kong have stepped up detection measures, including rigorous temperature checkpoints for inbound travellers from the Chinese mainland.
The United States said from Friday it would begin screening flights arriving from Wuhan at San Francisco airport and New York’s JFK airport – which both receive direct flights – as well as Los Angeles, where many flights connect.
Al Jazeera’s Yu said “no similar measures have been formally implemented” in China, where the government is urging citizens to remain calm and go about their daily lives as normal as there has so far been no evidence of the disease being transmitted from human-to-human.

The latest outbreak comes ahead of the Lunar New Year holidays, when many of China’s 1.4 billion people will be travelling to their home towns or abroad [File: Andy Wong/AP]

So far, health officials do not consider the new virus from China to be as lethal as SARS, but the investigation is evolving and much is still not known about whether the virus can spread easily from person to person.
“This is the stage of the investigation where we need to proceed cautiously and be prepared for any eventuality,” said Dr Nancy Messonnier, an expert in respiratory diseases at the Centers for Disease Control and Prevention (CDC) in the US.
SARS originated in southern China in 2002 and infected more than 8,000 people in 37 countries before it was brought under control.
Nearly 800 people died worldwide. China was accused of covering up the outbreak.
The latest outbreak comes ahead of the Lunar New Year holidays when many of China’s 1.4 billion people will be travelling to their home towns or abroad.
The Chinese government expects passengers to make 440 million trips via rail and another 79 million trips via aeroplanes during the festivities.
Continue Reading…

CDC: Infected people may test positive for COVID-19 for up to three months

The Centers for Disease Control and Prevention (CDC) on Friday evening said it has updated its guidance on coronavirus-related isolation, which reflects the latest science showing that people can continue to test positive for COVID-19 for up to three months after diagnosis while being non-infectious. But, the CDC also warned, that does not mean those… 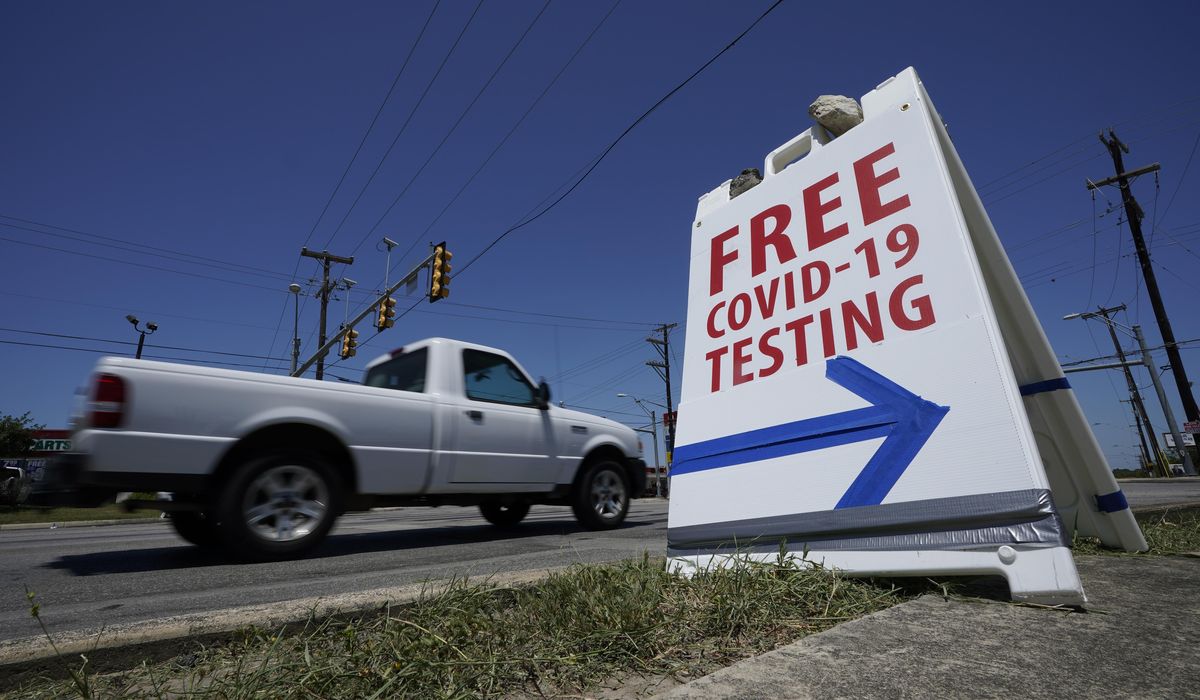 The Centers for Disease Control and Prevention (CDC) on Friday evening said it has updated its guidance on coronavirus-related isolation, which reflects the latest science showing that people can continue to test positive for COVID-19 for up to three months after diagnosis while being non-infectious. But, the CDC also warned, that does not mean those patients are safe from possible reinfection.

“This science does not imply a person is immune to reinfection with SARS-CoV-2, the virus that causes COVID-19, in the 3 months following infection,” the CDC said in a statement. “The latest data simply suggests that retesting someone in the 3 months following initial infection is not necessary unless that person is exhibiting the symptoms of COVID-19 and the symptoms cannot be associated with another illness.”

Although there have been reports of people testing positive again for COVID-19, experts have said it could be due to drawn out illnesses and leftover viral shedding or errors with testing.

Those infected with COVID-19 should isolate for at least 10 days after symptoms develop and 24 hours after their fever subsides on its own without use of medications. For those with COVID-19 who are asymptomatic, the CDC recommends self-quarantining until 10 days have passed since the date of a positive test result and if a person continues to have no symptoms.

Healthcare providers might suggest individuals take repeat COVID-19 tests if they want to end isolation earlier than what’s outlined in the federal guidelines. People previously diagnosed with COVID-19 can stop isolating if they receive two negative test results in a row from tests taken at least 24 hours apart.

More than 15 recently published global and U.S.-based studies have looked at length of infection, duration of viral shed, asymptomatic spread and the risk of transmission among different patient groups, according to the CDC. The amount of live virus in the nose and throat drops significantly shortly after COVID-19 symptoms develop, researchers found. Also, evidence shows that the length of time a person is infectious is no longer than 10 days after symptoms begin and no longer than 20 days in people with serious illness or who are severely immunocompromised.

The CDC said it will continue to closely monitor incoming research data and make necessary changes to isolation guidelines if needed.