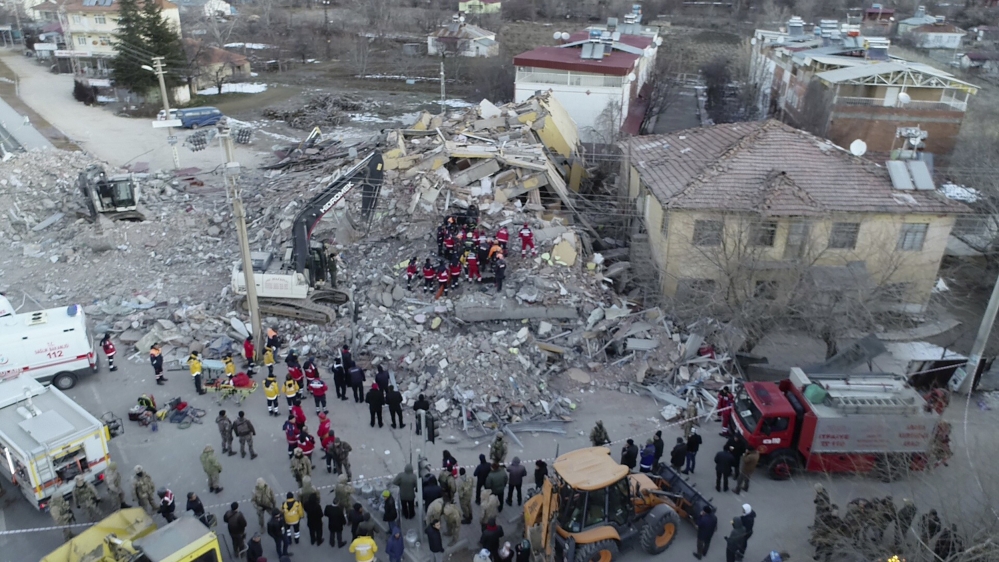 Search and rescue efforts are under way after a deadly earthquake struck eastern Turkey, killing at least 22 people and injuring more than 900 others.
Turkey’s disaster and emergency management agency (AFAD) said in a series of tweets early on Saturday that five people were pulled alive from the rubble in Elazig province.
More:

BackPage 1 of 2Next →
In this article:efforts, Rescue