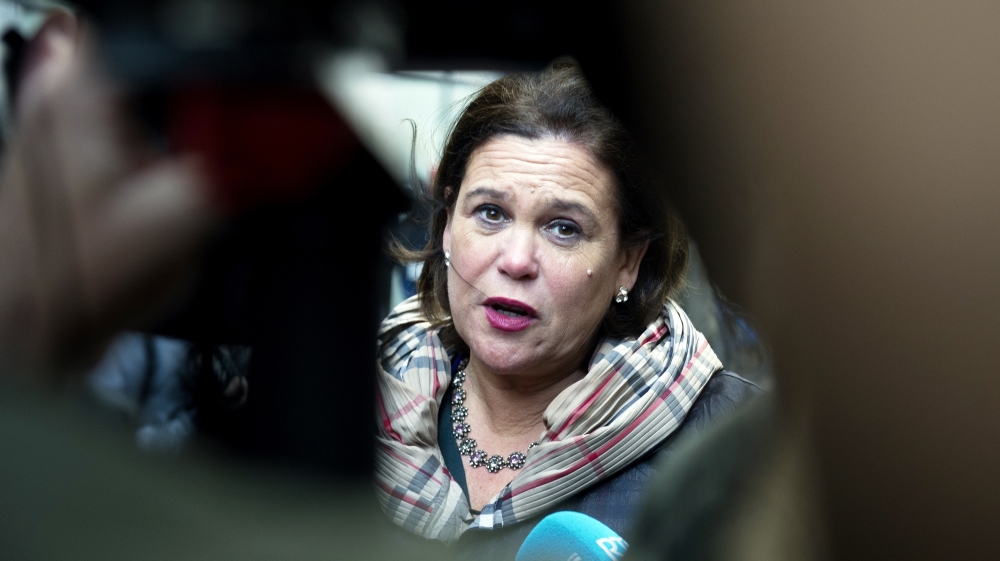 Sinn Fein on Tuesday became Ireland’s second-largest parliamentary party after winning the popular vote in the election at the weekend – shattering the political landscape and thrusting the one-time fringe party with historic links to paramilitaries into a probable role in the next government.
With counting completed in the early hours of Tuesday Sinn Fein had taken 37 of the 160 seats in the next Dail – Ireland’s lower house of Parliament – after a turnout of 62.9 percent in Saturday’s election.
Centre-right party Fianna Fail was only one ahead on 38, while Prime Minister Leo Varadkar’s Fine Gael party took 35, a result likely to mean his departure from office.
More:

What to watch for in Ireland’s election

If a new government is to be formed when the Dail sits on 20 February it will have to include multiple parties.
Negotiations have already begun, with Sinn Fein arguing for a central role in power after winning 24.5 percent of first preferences in Ireland’s single transferable vote system – the largest of any party.
End of duopoly
The breakthrough for the nationalist Sinn Fein party that was once shunned because of its links to Irish Republican Army (IRA) paramilitaries, has broken the stranglehold of two-party politics in Ireland.
Former leader Gerry Adams and other party representatives were even banned from television and radio in the United Kingdom as violence raged over British rule in Northern Ireland over 30 years to 1998.
But with two decades of peace and a new leader under Mary Lou McDonald, Sinn Fein’s left-wing policies on tackling crises in housing and health found favour with voters.

BackPage 1 of 2Next →
In this article:becomes, Ireland's