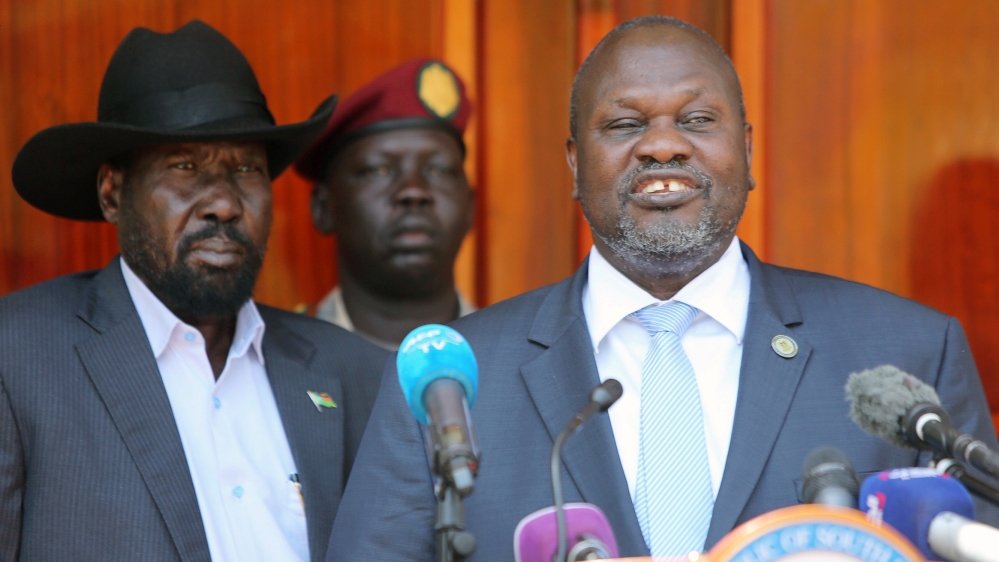 Rival leaders in South Sudan have formed a transitional coalition government, in an attempt to end years of ruinous conflict that has killed almost 400,000 and forced millions from their homes.
Opposition leader Riek Machar was sworn in on Saturday in the capital, Juba, as the first deputy of President Salva Kiir a day after the previous government was dissolved.
“I do hereby swear that I shall be faithful and bear diligence to the Republic of South Sudan,” Machar said in his oath in front of a room packed with diplomats and regional representatives, including Sudanese leader General Abdel Fattah al-Burhan.
More:

BackPage 1 of 2Next →
In this article:South, Sudan's