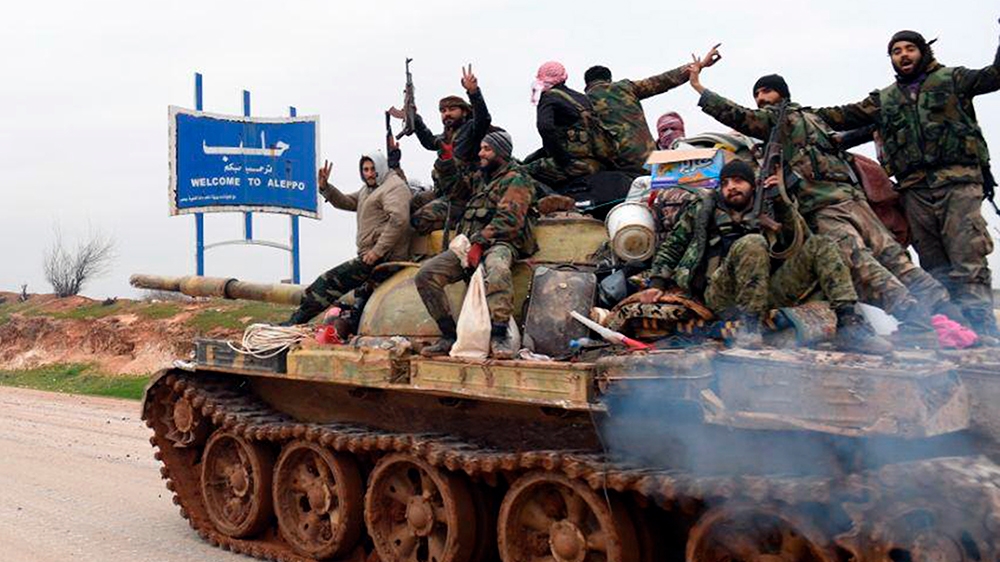 Syrian government forces have made significant advances in their military push against the last major rebel bastion in the country’s northwest, according to state media, in a ferocious offensive that has forced hundreds of thousands of people from their homes.
State television said on Sunday that the Russian-backed forces “have liberated all the villages and small towns west of Aleppo city”.
More:

Turkey hits back at Russia claims over Syria’s Idlib

A doctor in Idlib: ‘It cannot get more evil than this’

Backed by Russian air raids, Syrian President Bashar al-Assad’s troops have kept up the assault on the Idlib region and parts of neighbouring Aleppo and Latakia provinces since December.
The offensive has disrupted a fragile cooperation between Turkey and Russia, which back opposing sides in the conflict but have collaborated towards what they say is a political solution to the nearly nine-year war.
Turkey, which supports several Syrian rebel groups in the northwest, has been outraged since Syrian attacks in Idlib province killed 13 Turkish troops in two weeks. It has called on Russia to stop the attacks, warning it would use military power to drive back Syrian forces unless they withdraw by the end of the month.

The latest advances come after al-Assad’s forces drove rebel fighters from the key M5 highway linking Aleppo to the capital, Damascus, and reopened the fastest route between Syria’s two biggest cities for the first time in years.
Turkey-backed rebels have, meanwhile, launched an operation in Idlib to retake areas lost to the Assad forces. Turkey’s state-run Anadolu news agency said on Sunday that a 100-vehicle convoy of reinforcements, including troops, tanks, military vehicles and equipment, had been deployed to Idlib.
Turkey has so far sent thousands of troops and hundreds of convoys of military equipment to reinforce its observation posts in Idlib, established under a 2018 de-escalation agreement with Russia.
According to that deal, Turkey has 12 observation posts in Idlib, some of them now in Syrian government-controlled territory following gains by Damascus.
Turkey-Russia talks
As Syrian government forces continued their push in the northwest, Turkish Foreign Minister Mevlut Cavusoglu said on Sunday he told his Russian counterpart that attacks in Idlib must stop immediately and a lasting ceasefire has to be achieved.

Speaking to reporters during a briefing at the Munich Security Conference, Cavusoglu said Turkish and Russian officials would discuss the issue in Moscow on Monday.
The offensive has triggered the largest wave of displacement in Syria’s devastating war, with more than 800,000 people fleeing towards the Turkish border since December, according to the United Nations.
Aid workers have warned that the humanitarian situation at the overcrowded border area has become dire. About one million displaced people are living near the border, with IDP camps already at full capacity.
The UN has warned of an impending “humanitarian catastrophe”.
Turkey, which already hosts 3.6 million Syrian refugees, says it cannot absorb any more.
Continue Reading…

‘Will get through this’: Aftermath of Thailand’s worst massacre