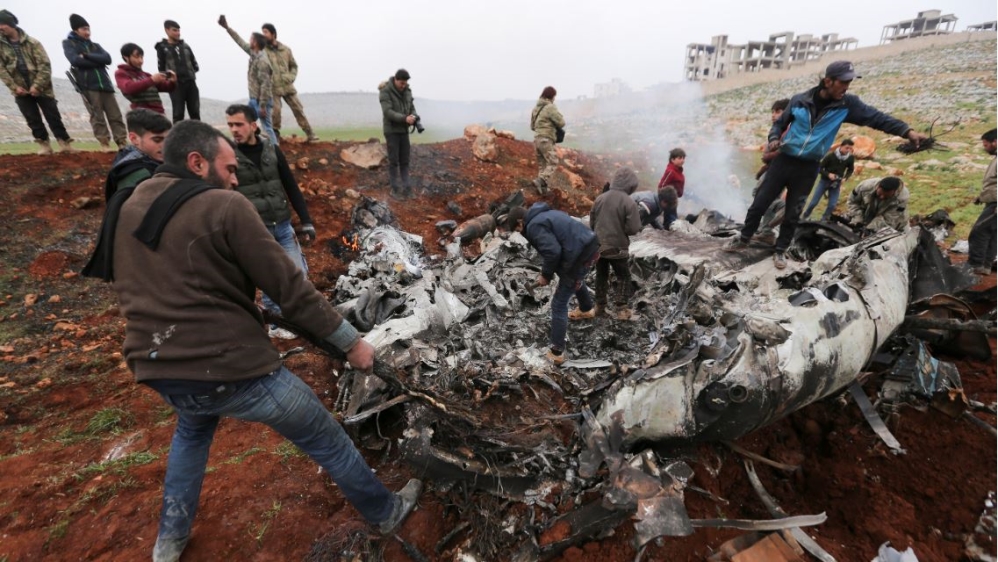 A Syrian military helicopter has been shot down in northwest Syria, where an intensifying government offensive to retake the country’s last rebel-held areas has caused a massive wave of displacement.
Syrian state media said the aircraft was hit by a missile at approximately 1:40pm (11:40 GMT) on Friday near the town of Urum al-Kubra in the western countryside of Aleppo.
“This lead the helicopter to crash, killing all crew on board,” SANA news agency said, without providing any information on who was behind the incident.
More:

In Pictures: Syrians flee for safety as battle in northwest rages

BackPage 1 of 2Next →
In this article:military, Syrian