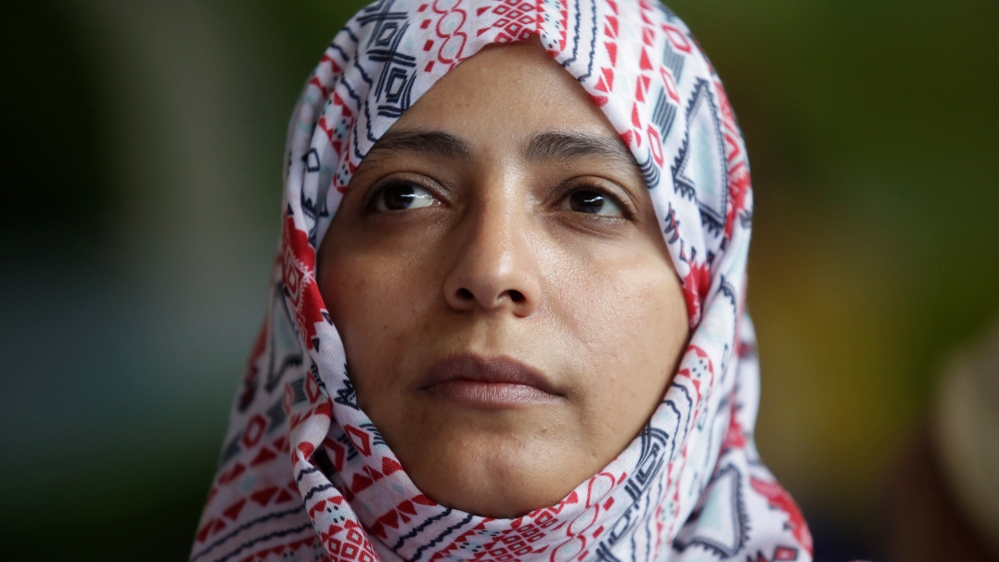 A prominent Yemeni human rights activist and Nobel Peace Prize laureate said she has been subjected to “widespread bullying” and a “smear campaign” by Saudi Arabian media after she was selected to be part of a new Facebook oversight board.
Tawakkol Karman, 41, was among 20 people chosen to oversee sensitive content posted on the social media network – and where necessary, flag the material for it to be removed from the platform.
More:

“I am subjected to widespread bullying and a smear campaign by Saudi’s media & its allies,” wrote Karman in a Twitter post on Monday.
“What is more important now is to be safe from the saw used to cut #jamalkhashoggi’s body into pieces,” she continued, referring to the slain Saudi journalist killed by what Riyadh described as rogue elements of the state security apparatus.

I am subjected to widespread bullying&a smear campaign by #Saudi’s media&its allies.What is more important now is to be safe from the saw used to cut #jamalkhashoggi’s body into pieces.I am in my way to #Turkey&I consider this as a report to the international public opinion.
— Tawakkol Karman (@TawakkolKarman) May 11, 2020

Karman rose to prominence during the 2011 Arab Spring uprising that saw authoritarian leaders across the region, including her native Yemen, toppled.
That same year, Karman’s activism for women’s rights and their full participation in peace-building work saw her declared co-recipient of the coveted peace prize.
In an op-ed published in The New York Times, the committee’s co-chairs said the aim of the body was to deliver verdicts on “the most challenging content issues for Facebook, including in areas such as hate speech, harassment, and protecting people’s safety and privacy”.
“It will make final and binding decisions on whether specific content should be allowed or removed from Facebook and Instagram,” the opinion piece said.
The Saudi Gazette said choosing Karman is “both surprising and shocking for many in the Middle East and elsewhere”.
Karman was previously a member of Yemen’s Islah party, the Muslim Brotherhood’s arm in Yemen. The Brotherhood has been banned and targeted by security forces in several Middle East countries, including Egypt, Saudi Arabia, and the United Arab Emirates.
Some activists and celebrities took to social media to criticise Facebook’s move to make her an oversight board member.
“Karman is only qualified to support terrorism around the world … her hands are stained with blood,” said Ahmed Moussa, an Egyptian TV host, on his show.
Democracy defender
Like many Yemenis, Karman was forced to leave her country after the capital’s takeover by Houthi rebels amid the deteriorating security situation.
From her new home in Istanbul, Karman continued to speak out against injustices committed in Yemen, including the war waged by the Saudi-UAE-led coalition and US drone attacks in her homeland.
A friend of Khashoggi, who was killed at the Saudi consulate in Istanbul in October 2018, Karman has regularly spoken out in defence of democracy and freedom of speech in the region.
“Failing to act will mean opinion holders, politicians, activist journalists are in great danger and that wherever they may be they are not safe from dictators, who will see their impunity as a green light to avenge their opponents, kill their people, and crush those who said no without facing any consequences,” she said at a youth summit just weeks after the journalist’s death.
Continue Reading…