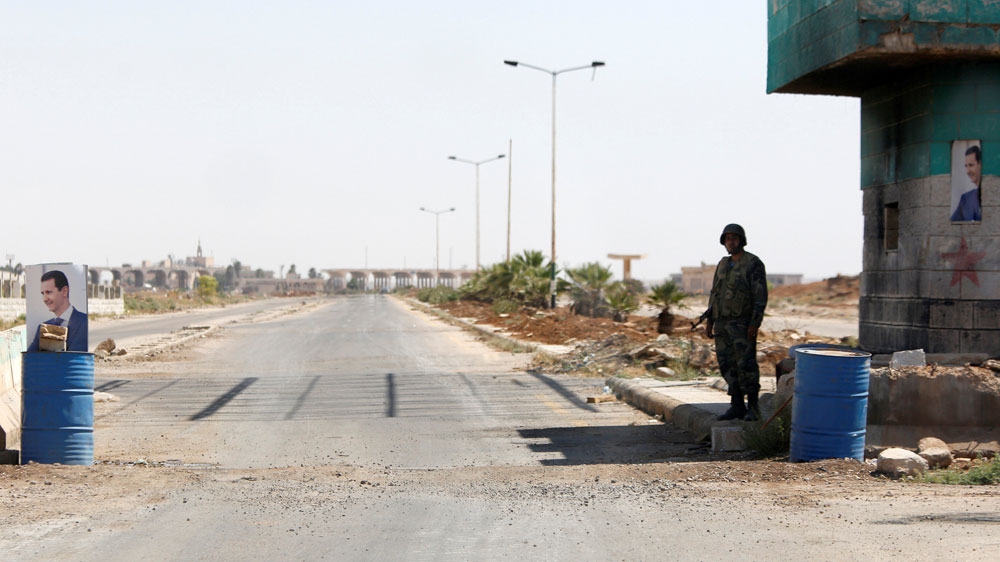 Tensions escalated in southern Syria’s Deraa province after government troops and armed volunteers launched a raid against opposition fighters controlling parts of Al-Sanamayn town.
On Monday, after a day of heavy shelling and fighting led by the Fourth Division of Maher al-Assad, brother of Syrian President Bashar al-Assad, an agreement was brokered by Russia that saw two dozen opposition fighters leave the town for opposition-held areas in the country’s northwest, local residents told Al Jazeera.
At least seven civilians were killed in the clashes.
On Tuesday, Syria’s state news agency SANA said an operation conducted by security forces and police units “ended the state of chaos” in Al-Sanamayn, but did not report any casualties.
More:

BackPage 1 of 2Next →
In this article:escalate, tensions