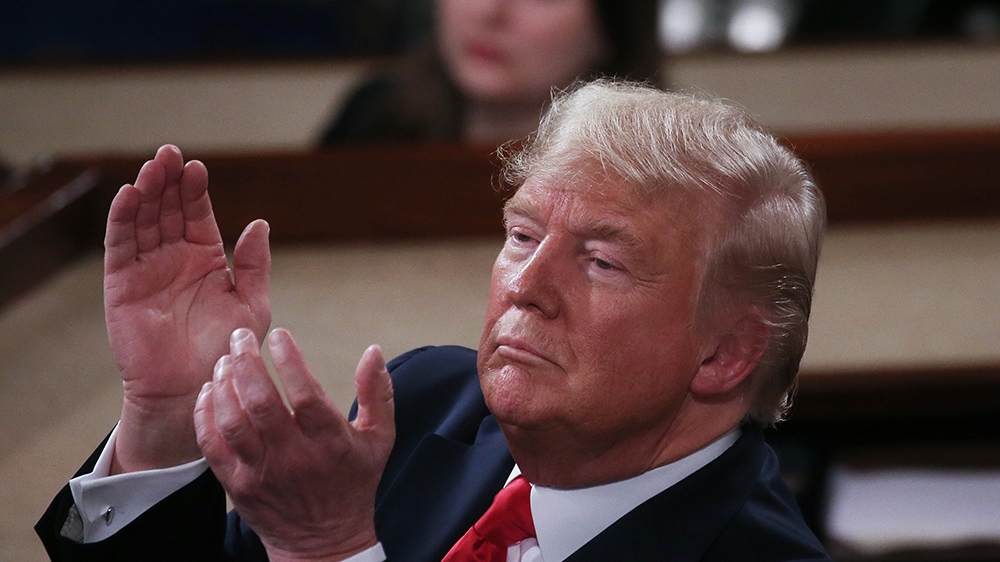 The United States Senate cleared Donald Trump of both charges in its impeachment trial of the president, bringing to an end the impeachment saga that has consumed Washington since the House of Representatives launched its inquiry into the Trump’s actions last September.
In a 52-48 vote, the Senate found Trump not guilty of abusing his power of office. The Senate voted 53-47 to acquit the president on the charge of obstruction of Congress.
More:

On the first charge, one Republican, Senator Mitt Romney, broke rank and joined all Democrats in voting to convict Trump of abuse of power. But the vote fell well short of the two-thirds majority needed to remove a president. Romney voted with his party on the obstruction of Congress charge.
Democrats had accused Trump of abusing his power by orchestrating a pressure campaign to get Ukraine to investigate his political rival, former Vice President Joe Biden. They also accused him of obstructing Congress for refusing to participate in the impeachment inquiry. Trump denied any wrongdoing, repeatedly calling the impeachment a “hoax”.

BackPage 1 of 2Next →
In this article:acquitted, Trump