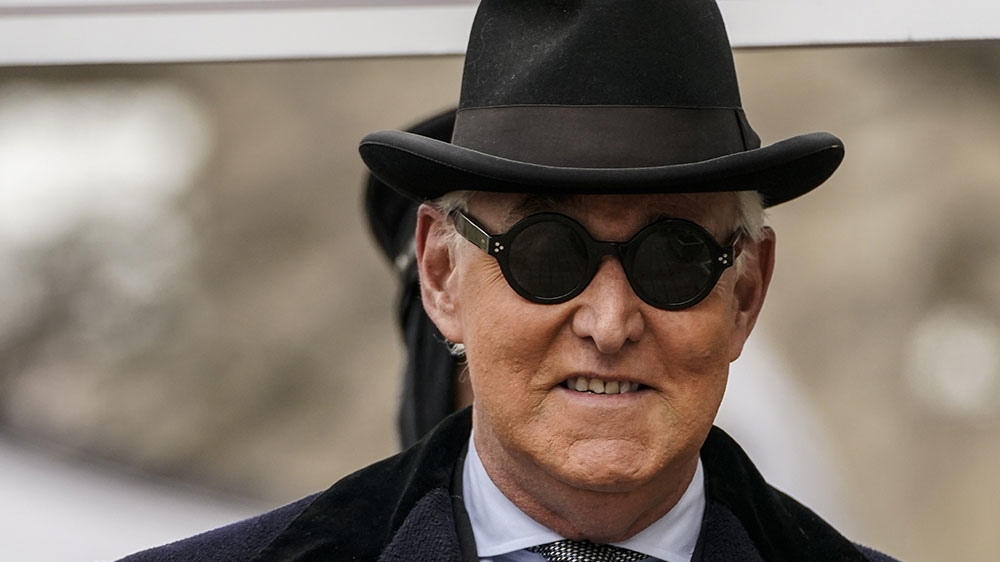 Donald Trump’s longtime adviser Roger Stone was sentenced to 40 months in prison as part of a case that has roiled the Justice Department and drawn the US president’s ire.
Stone was convicted on charges including lying to a congressional panel investigating Russian interference in the 2016 United States presidential election.
More:

Barr: Trump tweets on cases make it ‘impossible’ to do my job

BackPage 1 of 2Next →
In this article:Roger, Trump