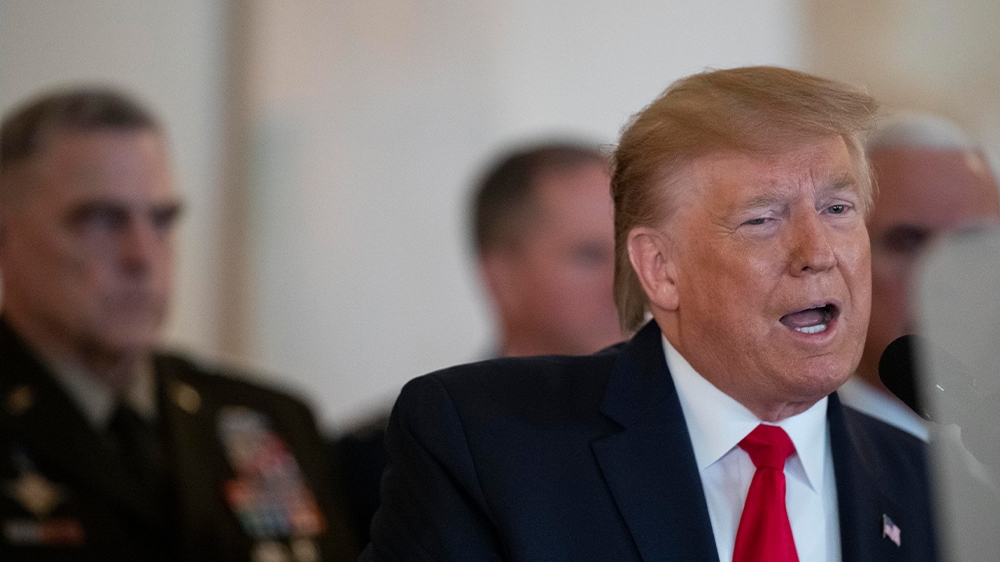 US President Donald Trump on Monday morning defended his decision to order the killing of Iranian commander Qassem Soleimani, contending Soleimani posed an impending threat to the United States but also saying that was not important given the military leader’s history.
“The Fake News Media and their Democrat Partners are working hard to determine whether or not the future attack by terrorist Soleimani was ‘imminent’ or not, & was my team in agreement,” Trump tweeted.
“The answer to both is a strong YES., but it doesn’t really matter because of his horrible past!”
More:

BackPage 1 of 2Next →
In this article:'Doesn't, Trump