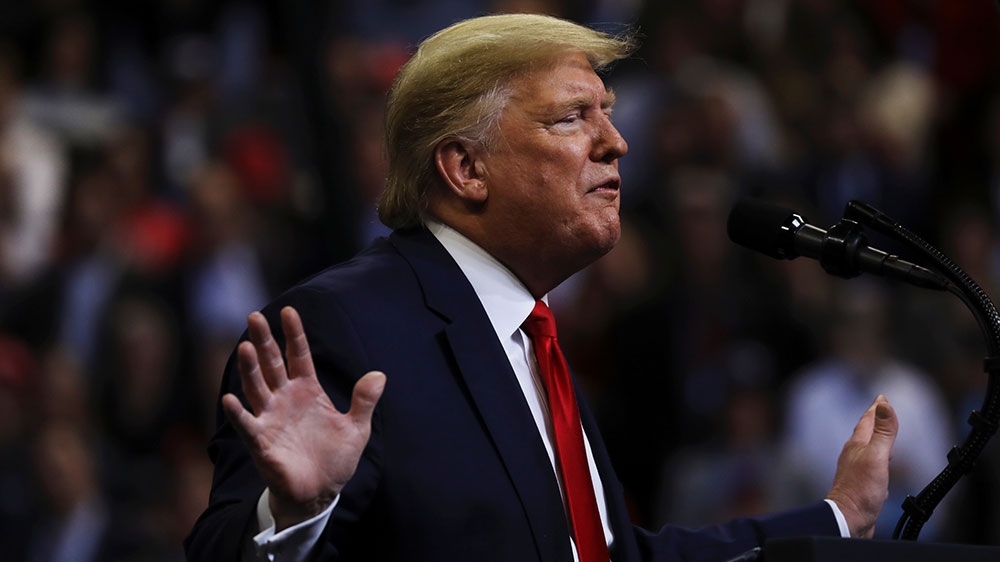 The United States Senate narrowly rejected Democratic demands to summon witnesses for President Donald Trump’s impeachment trial late on Friday, all but ensuring Trump’s acquittal in just the third trial to threaten a president’s removal in the US history. But senators pushed off final voting on his fate to next Wednesday.
The delay in timing showed the weight of a historic vote bearing down on senators, despite prodding by the president eager to have it all behind him in an election year and in the run-up to his State of the Union speech Tuesday night.
More:

Trump and Senate Majority Leader Mitch McConnell spoke by phone to lock in the schedule during a tense night at the Capitol as rushed negotiations proceeded on and off the Senate floor. The trial came to a standstill for about an hour. A person unauthorised to discuss the call was granted anonymity to describe it.
The president wanted to arrive for his speech at the Capitol with acquittal secured, but that will not happen. Instead, the trial will resume on Monday for final arguments, with time on Monday and Tuesday for senators to speak. The final voting is planned for 4pm (21:00 GMT) on Wednesday, the day after Trump’s speech.
Trump’s acquittal is all but certain in the Senate, where his Republican allies hold the majority and there is nowhere near the two-thirds needed for conviction and removal; nor will he face potentially damaging, open-Senate testimony from witnesses.
Despite the Democrats’ singular focus on hearing new testimony, the Republican majority brushed past those demands and will make this the first impeachment trial without witnesses. Even new revelations on Friday from former national security adviser John Bolton did not sway GOP senators, who said they had heard enough.
That means the eventual outcome for Trump will be an acquittal “in name only”, said Democratic Representative Val Demings, a House prosecutor, during the final debate.
Trump was impeached by the House last month on charges that he abused power and obstructed Congress as he tried to pressure Ukraine to investigate Democratic rival Joe Biden, using military aid as leverage as the ally fought Russia. He is charged with then blocking the congressional probe of his actions.
Senators rejected the Democrats’ effort to allow new witnesses, 51-49, a near party-line vote. Republicans Susan Collins of Maine and Mitt Romney of Utah voted with the Democrats, but that was not enough.
Senate Democratic leader Chuck Schumer called that decision “a tragedy on a very large scale”. Protesters’ chants reverberated against the walls of the Capitol.
But Republicans said Trump’s acquittal was justified and inevitable.
“The sooner the better for the country,” said Senator Lindsey Graham, a Trump confidant. “Let’s turn the page.”
The next steps come in the heart of the presidential campaign season before a divided nation. Democratic caucus voting begins on Monday in Iowa, and Trump gives his State of the Union address the next night. Four Democratic candidates have been chafing in the Senate chamber rather than campaigning.
Bolton revelations
The Democrats had badly wanted testimony from Bolton, whose forthcoming book links Trump directly to the charges. But Bolton will not be summoned, and none of this appeared to affect the trial’s expected outcome. Democrats forced a series of new procedural votes late on Friday to call Bolton and White House acting chief of staff Mick Mulvaney, among others, but all were rejected.
In an unpublished manuscript, Bolton has written that the president asked him during an Oval Office meeting in early May to bolster his effort to get Ukraine to investigate Democrats, according to a person who read the passage and told The Associated Press news agency. The person, who was not authorised to disclose contents of the book, spoke only on condition of anonymity.

BackPage 1 of 2Next →
In this article:heads, Trump