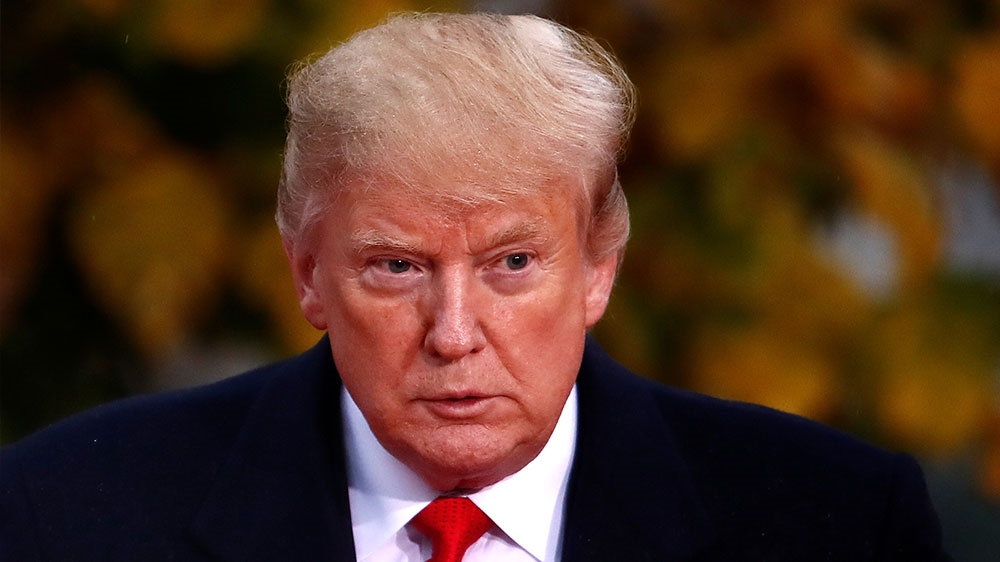 TRUMP IMPEACHMENT: What’s it about?The inquiry centred on a call between Trump and Ukraine’s president in which Trump asked for a probe into the Bidens. Trump also wanted a probe into a conspiracy theory about the 2016 elections.
At the time of the call, Trump was withholding $391m in military aid from Ukraine, and conditioned a White House meeting on the probes, according to witnesses. Trump denies any wrongdoing.
The United States House of Representatives on Wednesday formally handed off two articles of impeachment against President Donald Trump to the Senate, clearing the way for a trial.
The House of Representatives impeached Trump on December 18 for abuse of power related to his efforts to get Ukraine to launch an investigation into his political rival, former Vice President Joe Biden, and obstruction of Congress for his refusal to participate in the impeachment inquiry. Trump has denied any wrongdoing.
More:

House Sergeant at Arms Paul Irving and Clerk of the House Cheryl Johnson deliver the Articles of Impeachment against President Donald Trump to Secretary of the Senate Julie Adams on Capitol Hill in Washington, January 15, 2020 [Jose Luis Magana/Reuters]

Trump is almost certain to be acquitted in the Republican-led Senate, but the trial could deliver some unexpected moments if witnesses are called.
As the Senate prepares for the trial, here’s a look at what happens next.
When will the trial take place? What time?
Senate Majority Leader Mitch McConnell said on the trial would start “in earnest” on Tuesday following procedural matters scheduled to be completed this week.
In terms of timing, most expect the trial to go six days a week (Monday-Saturday) and begin at 1pm local time (18:00 GMT).
What will happen first?
Following a host of formalities, including the swearing-in of members and other housekeeping matters, the Senate will put forth an initial resolution outlining how the chamber will move forward with the trial.
According to McConnell, that measure would set up a phase for arguments by the House managers, who act as prosecutors, and Trump’s defence team. There would then be a period for senators to submit written questions, which would be answered out loud by managers and lawyers in the Senate chamber. This phase could last one to two weeks.

Advertisement. Scroll to continue reading.
BackPage 1 of 2Next →
In this article:impeachment, Trump