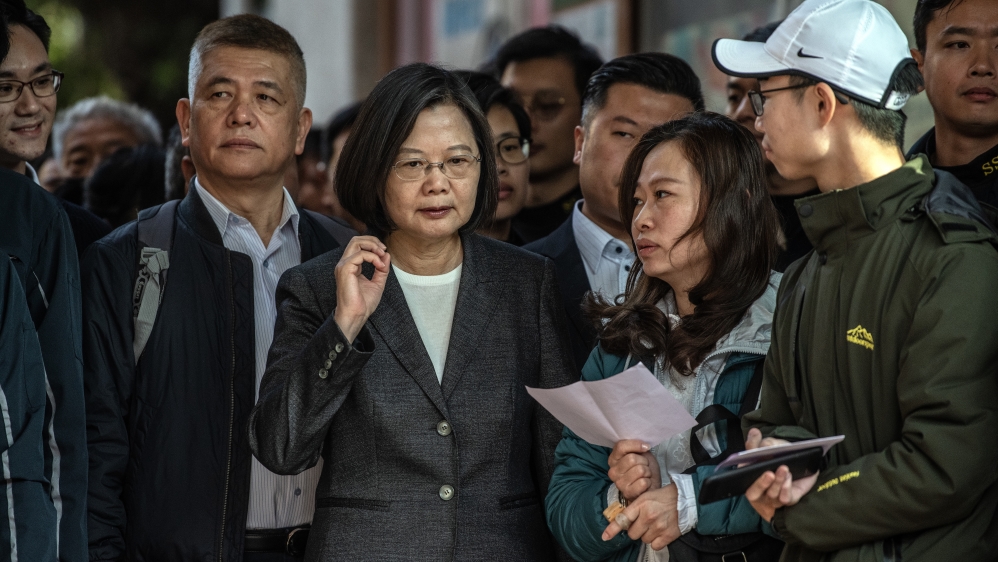 Taipei, Taiwan – President Tsai Ing-wen has secured a second term in the office after winning the presidential election with 57.1 per cent of the votes on Saturday, final results showed.
The electoral commission said Tsai won 8.17 million votes ahead of her main rival Han Kuo-yu who bagged 5.52 million votes (38.6 percent) and James Soong of the conservative People First Party with 600,000 votes(4.26 percent).
Tsai had already declared victory in the election after Han conceded following a fiercely fought campaign.
Tsai, in her victory speech, said: “I would like to thank everyone who voted today regardless of how you voted. With each presidential election I want to show the world how much we value our democratic way of life and how much we value our nation, the democratic republic of Taiwan.”
Earlier, Tsai had assumed a strong lead over Kuomintang (KMT) rival Han, the populist mayor of Kaohsiung, an important industrial city, according to unoffficial television results.
A little more than a year ago, the prospect of Tsai’s re-election seemed unlikely after her Democratic Progressive Party (DPP) performed badly in the November 2018 mid-term election. The result forced Tsai to resign as party chair as the DPP lost control of a number of key cities and districts.
More:

Tsai’s popularity, however, began to rise in mid-June, according to opinion polls, around the time that nearby Hong Kong began to descend into political chaos amid mass anti-government protests against Beijing’s perceived growing influence over the semi-autonomous Chinese city.
Officially known as the “Republic of China”, Taiwan’s political status is ambiguous and the island has previously been offered a similar “one country, two systems” arrangement to Hong Kong, a former British colony, from China’s Communist Party.

BackPage 1 of 2Next →
In this article:Ing-wen, takes