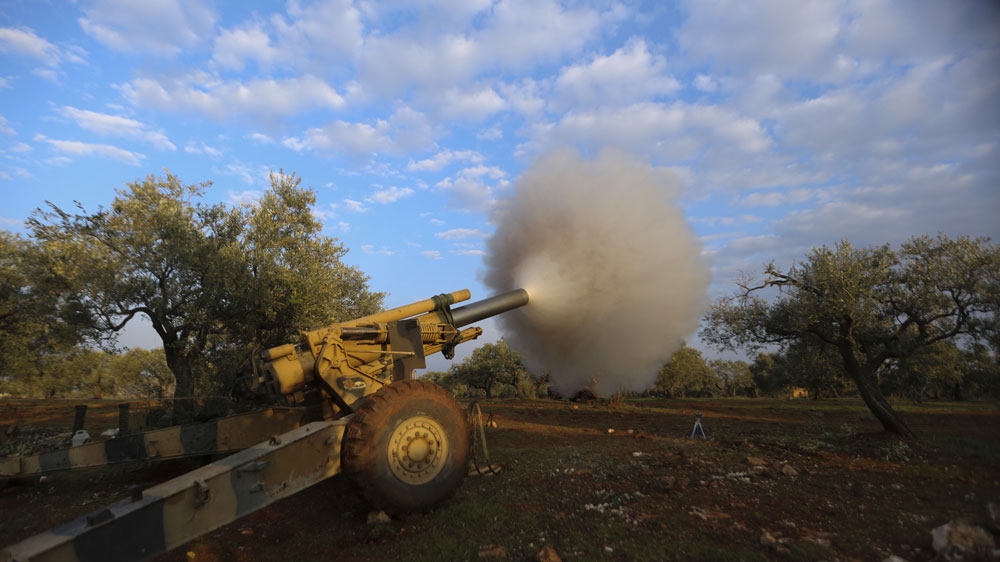 Turkey-backed opposition fighters have recaptured a town in northwestern Syria after clashes with government-allied fighters.
Turkish state media and a war monitor reported on Monday that rebels seized the town of Nairab, considered a gateway to the strategic town of Saraqeb, which lies close to a junction between two major highways.
More:

Residents of Idlib: ‘Your indifference is our death sentence’

The UK-based Syrian Observatory for Human Rights said the clashes killed dozens of pro-government fighters and Syrian troops as well as opposition fighters on Monday.
“With the help of our Turkish friends, we have regained control of the strategic town of Nairab, the gateway of Saraqeb, after expelling the terrorist Russian militias,” Yusef Hamoud, spokesman for the Turkey-backed National Army, told Reuters news agency.
Earlier on Monday, the Observatory reported that Russian air attacks killed five civilians in the Jabal al-Zawiya area in the south of Saraqeb.
Russia’s defence ministry denied the Observatory report.
Syrian state news agency SANA said “units of the Syrian army continued to progress in the south of Idlib” province after seizing 10 towns and villages south of the M4 highway.

BackPage 1 of 2Next →
In this article:fighters, Turkey-backed