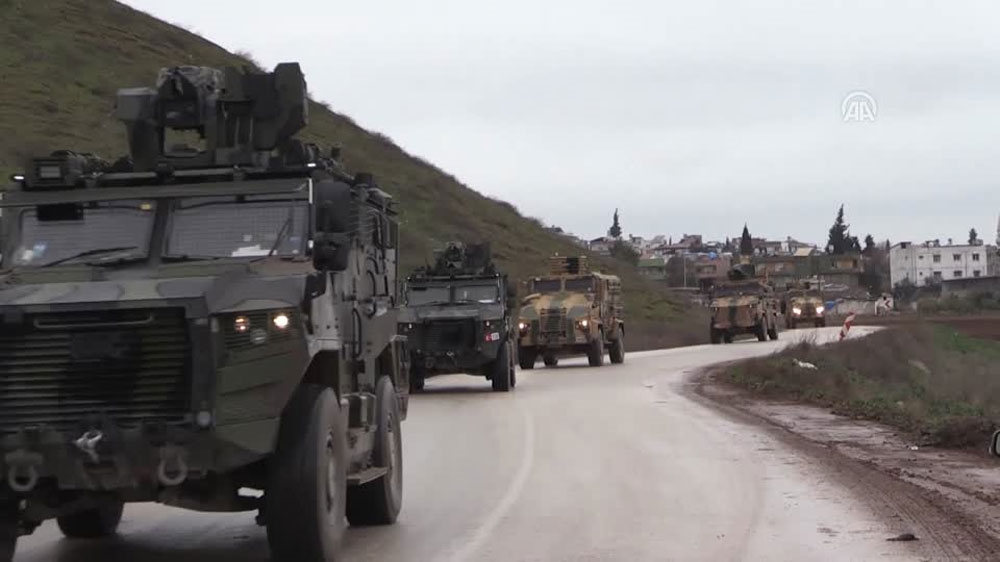 Turkey has sent nearly 150 vehicles with commandos and ammunition to reinforce its 12 observation posts in Idlib, Syria’s last rebel-held region, according to Turkish state news agency Anadolu.
The entry of the Turkish convoy, at least the second in a week, on Friday followed an increase in fighting in northwestern Idlib province and a rare deadly clash between Turkish and Syrian government forces.
The development also came a day before Russian officials arrive in Turkey for talks over the situation in Idlib.
More:

Turkey says nine of its outposts set up under a 2018 deal with Russia – all in the southeastern part of the region – have now been encircled by the Syrian army, according to Al Jazeera’s Sinem Koseoglu.
Koseoglu, reporting from Syria’s Bab Al Hawa near the Turkish border, said Ankara is determined to keep the positions.

“Turkey said it will keep reinforcing those military posts. After the Syrian government managed to regain control over the territories down below the M4 and M5 highways as well as Saraqib [town], nine Turkish military posts are now in the areas that are under control of the Syrian government,” she said.
“For now, they are safe but just a couple of days ago at night a Turkish convoy was hit by the Syrian government. So the safety and security of the Turkish military posts are questionable.”
Turkish President Recep Tayyip Erdogan has threatened to drive back Syrian troops in Idlib unless they withdrew by the end of the month.
Talks in Turkey
Speaking at a news conference in Ankara on Friday, Foreign Minister Mevlut Cavusoglu repeated Turkey would do whatever is necessary to stop a humanitarian tragedy in Idlib.
“A delegation from Russia will arrive in Turkey. We will hold talks. Our goal is to stop the [Syrian] regime’s aggression and move the political process forward,” Cavusoglu said, adding the Russians would arrive on Saturday.
On Thursday, Russian-led Syrian forces recaptured the strategic town of Saraqib in the province after fierce clashes with opposition fighters, Syrian state media reported.

The push caused the displacement of more than a half million people in just over two months, compounding a humanitarian disaster in the region packed with internally displaced people.
The town sits at the intersection of two major highways, one linking Damascus to the north and another connecting the country’s west and east.
Syrian state news agency, SANA, and state-run Al-Ikhbariya TV said Syrian army units entered the town before nightfall and were combing it for the remaining fighters and explosives.
The Syrian Observatory for Human Rights (SOHR), a United Kingdom-based war monitor, said Turkish troops were establishing a new military post east of Idlib city.
Turkey says the recent Syrian advance is in violation of the previous agreements.
In 2017, Turkey, Russia and Iran held meetings in Nursultan (earlier known as Astana) city in Kazakhstan and announced that Idlib and neighbouring cities in the Eastern Ghouta region outside Damascus and the southern cities of Deraa and Quneitra would be de-escalation zones.
In September 2018, Turkey and Russia agreed to turn Idlib into a de-escalation zone, where acts of aggression are expressly prohibited, and Ankara established 12 observation posts there.
The Syrian push has led to three Turkish posts falling in areas under Syrian government control, a Turkish security source told the Reuters news agency, adding that such posts are equipped with enough personnel and equipment to defend themselves.
Continue Reading…

From les banlieues to the Oscars: High hopes for French film 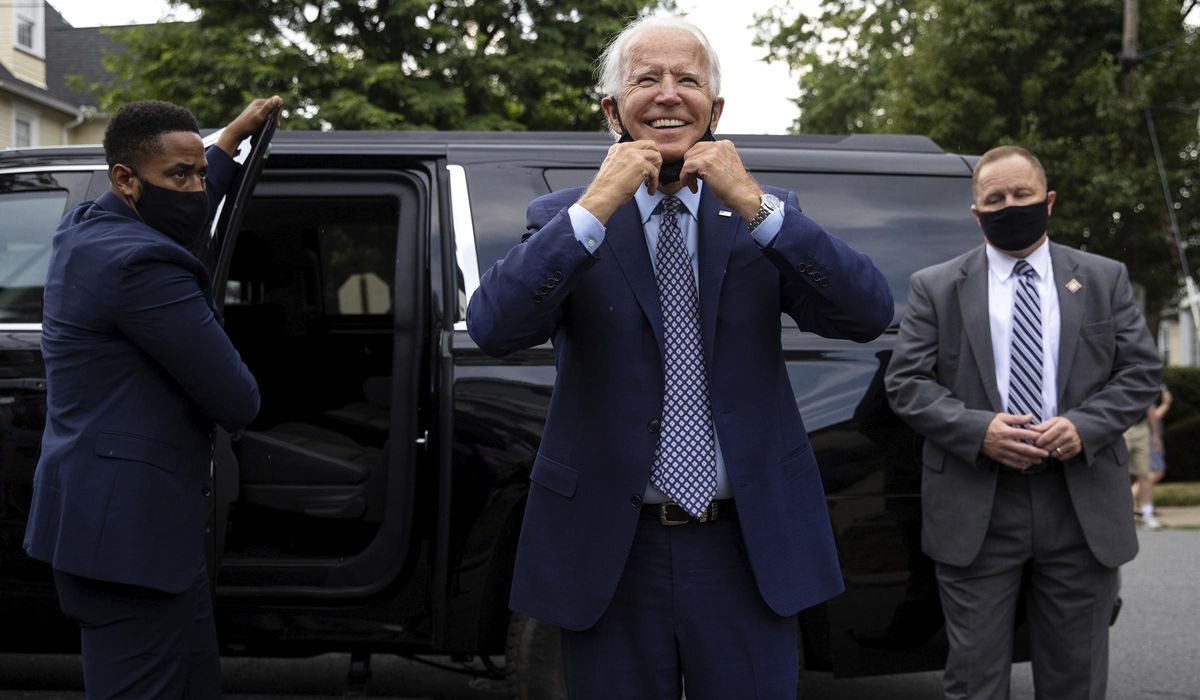 Corey Day, a former executive director of the Minnesota Democratic-Farmer-Labor party, will be a senior advisor. Mr. Day had previously served as a senior advisor for the Biden campaign’s Minnesota primary efforts.

For Maine, James Stretch will be Mr. Biden’s state director. Mr. Stretch served as a staffer for House Democrats’ campaign arm in 2018.

Spencer Thibodeau, a member of the Portland City Council, will be a senior advisor.

Mr. Biden has also beefed up staff recently in other battleground states like Pennsylvania, Michigan, Florida, Arizona, North Carolina, Wisconsin and Nevada.Both sides are keeping an eye on potential opportunities to expand the map and potential danger spots where they might need to play extra defense.

But the six key states shaping up to be the most crucial terrain appear to be Pennsylvania, Michigan, Wisconsin, Florida, Arizona and North Carolina, all of which the president carried narrowly in 2016.