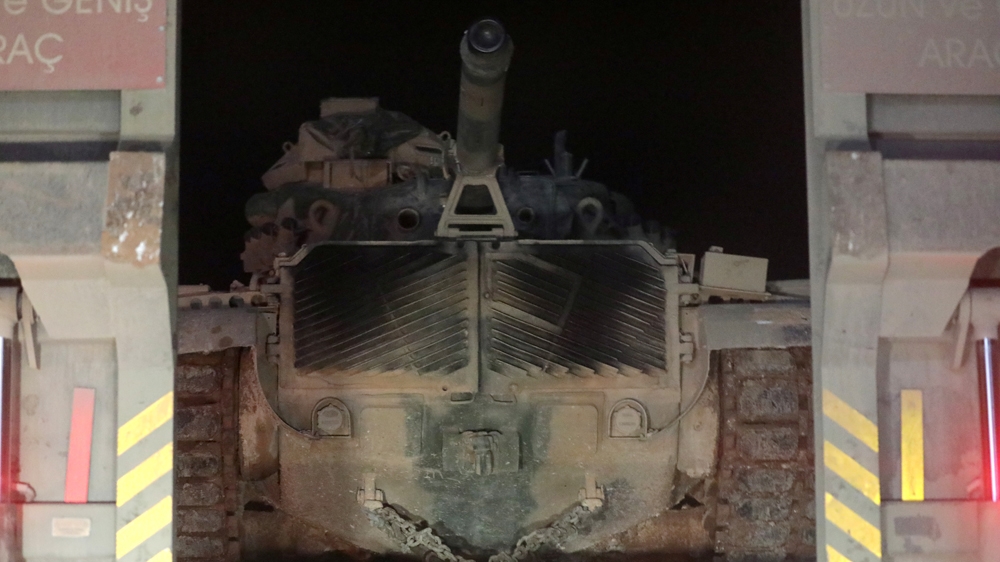 Turkey plans to push Syrian government forces away from its military observation posts in northwest Syria’s Idlib region by the end of February, President Recep Tayyip Erdogan said, despite advances by the Russian-backed military.
“We are planning to liberate our observation posts from the surrounding [Syrian government forces] by the end of this month, one way or another,” Erdogan told his party’s parliamentarians in a speech on Wednesday.
More:

Russia controls the region’s airspace and has been bombing Turkey-backed rebels on a daily basis in support of a months-long offensive by Syrian government forces which has killed hundreds of civilians and displaced nearly one million people amid bitter winter cold.
Syrian fighters, backed by the Turkish military, seized the town of Nairab in Idlib this week, according to rebel and Turkish sources, but Syrian President Bashar al-Assad’s troops continue to make advances elsewhere in the province.
“The time we have given to those who besieged our observation towers is running out,” Erdogan said. “We are planning to save those of our observation posts from the besiegers one way or another by the end of this month.”

Erdogan said on February 5 that al-Assad’s forces must pull back behind a line of Turkish observation posts by the end of February – or Turkey would drive them back militarily.
He added: “The biggest problem we have is that we cannot use the airspace” over Idlib, which is controlled by Russia.
“Hopefully, we will find a solution soon,” he said.
The president also said Turkey was adamant to help Syrians displaced from Idlib because of the heavy fighting.
“We will not take a smallest step back in Idlib, we will certainly push the regime outside the borders we designated, and ensure the return of the people to their homes,” Erdogan said.
No Patriots
Turkey set up 12 observation posts up around a “de-escalation zone” in Idlib under a 2017 agreement with Russia and Iran, but several are now behind Syrian government front lines after it launched a major offensive to seize the last rebel stronghold, home to more than three million people.
Ankara has confirmed as many as 17 Turkish security personnel have been killed, which prompted officials to turn to Russia.
Erdogan said the United States had not yet provided support to Turkey in Idlib and he would need to speak to US President Donald Trump about the issue again, broadcaster CNN Turk reported on Wednesday.
He said he was told Washington did not have any Patriot missile defence systems to give Turkey for now.
Turkey-Russia talks
Meanwhile, Turkish and Russian officials began a third round of talks in Ankara on Wednesday aimed at reducing tensions in the region. Turkey’s state-owned Anadolu news agency said the talks would continue on Thursday.
Two previous rounds in Ankara and Moscow have failed to yield any tangible progress.
Russia’s Foreign Ministry expected positive results, RIA news agency cited Deputy Foreign Minister Mikhail Bogdanov as saying, but a Turkish official was not optimistic.
“At the moment, solely military diplomacy is being carried out and it is not possible to solve the problem on the ground like this,” the Turkish official told Reuters news agency.
Erdogan also said his proposed summit with the leaders of Germany, Russia and France next week was “uncertain”, but he would likely meet Russian President Vladimir Putin in Istanbul on March 5 to discuss Idlib.