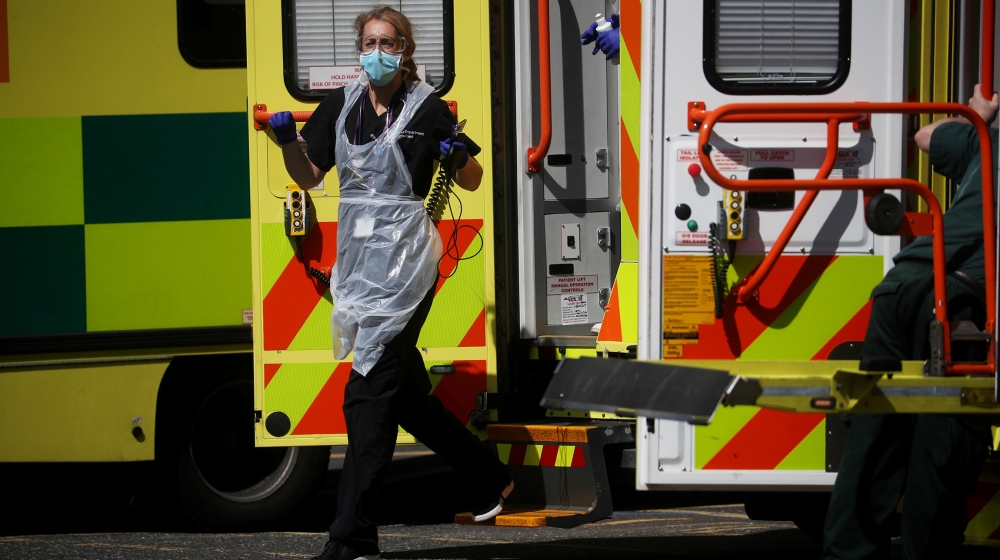 The UK government says a shipment of personal protective equipment (PPE) from Turkey intended to help ease supply problems is sitting in a warehouse because it does not meet British standards.
Northern Ireland Secretary Brandon Lewis said on Thursday that the 400,000 medical gowns are not “of the quality that we feel is good enough for our front-line staff” treating coronavirus patients.
More:

The shipment has become an embarrassment for the UK government since a minister announced on April 18 that it would arrive the next day.
It was four days before a Royal Air Force plane was able to fly the cargo to the UK.
The shipment originated from a private Turkish company, and not the Turkish government itself.
A senior Turkish official told Al Jazeera: “The Turkish government authorised this sale despite an export ban, out of solidarity with the UK authorities.
“However, no part of the Turkish government was involved in producing, packaging or delivering said equipment to the United Kingdom.”
The dispute was between the buyer – the UK – and a private company in Turkey, said the official, and was not an “intergovernmental” issue.
The Turkish government has previously donated 250,000 pieces of PPE to the UK.
“There have been no similar problems with PPE that Turkey donated to the United Kingdom, for which the UK government kindly expressed their gratitude at the time,” said the official.
Like many other countries, the UK has struggled to maintain a constant supply of protective equipment amid unprecedented global demand.
The Department of Health said: “This is a global pandemic with many countries procuring PPE, leading to shortages around the world, not just the UK.”
The UK this week overtook Italy to become Europe’s worst-hit country in terms of coronavirus-related deaths, as official figures suggested more than 32,000 people had died with the COVID-19 disease.
The UK’s overall response to the coronavirus outbreak has seen Prime Minister Boris Johnson heavily criticised over indecisive action on lockdown at the start of the crisis and later, PPE shortages.
With additional reporting by Al Jazeera’s Umut Uras: @um_uras

Ahmaud Arbery’s family calls for immediate arrests in his death