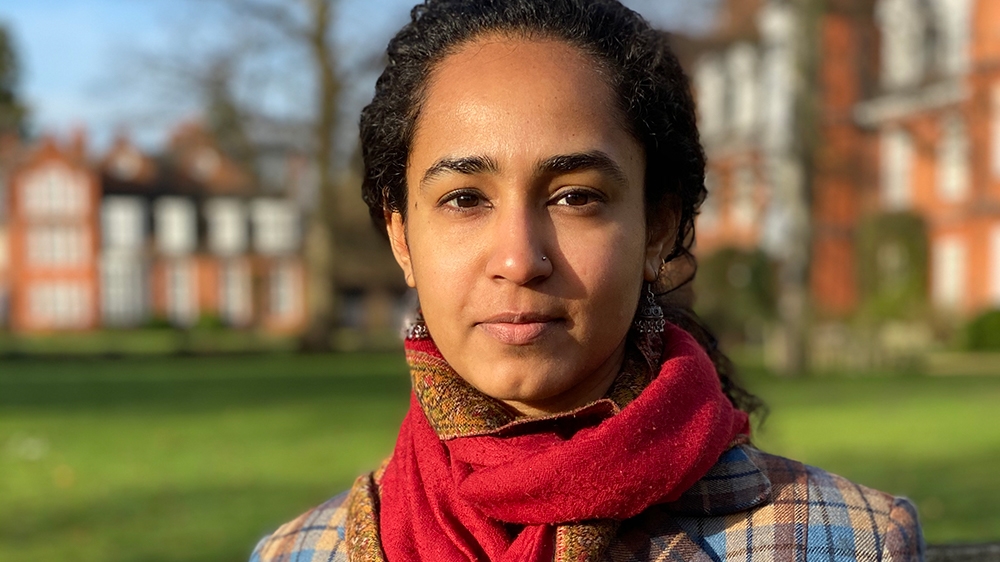 London, United Kingdom – A Cambridge University research fellow, who has lived in the United Kingdom for 10 years and is widely celebrated by the academic community as an exceptional sociologist, has been denied permanent residency.
Academics have rallied behind 31-year-old Asiya Islam, who is originally from India, saying her case sets a worrying precedent and does not appear to match up with Prime Minister Boris Johnson’s promise to attract “global talent” in the wake of Brexit.
More:

After Brexit, what will change?

Islam received the news in November, with the Home Office denying her “indefinite leave to remain”, an immigration status that would have meant there was no time limit on her ability to stay in the UK.
“As a migrant in this country, you are always on edge about these things,” Islam told Al Jazeera. “If you want to attract global talent, you have to make the country hospitable for global talent. My case shows it’s not.
“I’ve been here for 10 years. This is where my life is. My work is here, but my life is also very much here.”
The Home Office said she was denied because she had spent too long outside the UK, saying she “failed to provide any exceptional reasons” to support a time-abroad exemption.
According to UK immigration rules, permanent residency applicants cannot spend more than 180 days at a time or 540 days in total abroad over the course of 10 years.
Islam spent a year in New Delhi between 2016 and 2017 doing research for her PhD.
But before travelling, Islam informed Cambridge University that she was planning to apply for indefinite leave to remain. Staff at the university then consulted the Home Office, and were assured that authorised travel, regardless of the length, would not automatically disqualify her.
After receiving the rejection, Islam began trying to appeal the decision.
However, her previous visa would soon end. If she were to overstay that visa, she would have been unable to work or rent her home, so she dropped the appeal to avoid becoming jobless and homeless.
She is now on a general work “Tier 2” visa, which will run out in fewer than three years, when her employment contract ends.
A Home Office spokesperson told Al Jazeera: “We have contacted Ms Islam to confirm that she has been granted Leave to Remain under the Tier 2 route.
“Home Office guidance is clear that we are unable to process an immigration application while an active appeal remains outstanding.”
Earlier in February, Islam handed a protest letter signed by 2,000 academics to the Home Office.
“Asiya is an outstanding young academic with a promising career in the UK,” the letter says. “Her research is an asset to the UK and its academic community, yet her very success in academic fieldwork is now being held against her.”
Islam said this letter has been met with silence from the Home Office, while Home Secretary Priti Patel has also failed to respond to people advocating for Islam’s case.
In its response to Al Jazeera, the Home Office did address these claims.
“There is plenty of evidence to show that my trip was authorised by Cambridge University,” said Islam. “They have been silent on my case.
“It’s now completely impossible for me to plan anything long-term. This puts me right back to square one, living from visa to visa.”
Academics at Cambridge University and the London School of Economics (LSE) are among those who have backed Islam.
Nikhil Goyal, a US sociologist, tweeted: “This is the legacy of Tory (Conservative) Britain: disgraceful, racist treatment of young academics like Asiya Islam.”
The African Studies Association of the United Kingdom (ASAUK) joined those rallying behind Islam on Thursday, saying it has written to Patel, the home secretary, requesting an urgent review of her case and that of Furaha Husani, a postdoctoral researcher who was denied a visa last year.
“We have cautioned that these cases cause serious damage to the UK’s reputation and its ability to attract global academic talent at an important time for its relations with the rest of the world,” ASAUK tweeted.
Islam’s case comes as the UK grapples with its immigration infrastructure following its departure from the European Union on January 31.
While the ruling Conservatives have promised to lower the number of low-skilled migrants from European countries, PM Johnson said at the end of January that he wants to attract the “most talented minds” to the country as he announced a new fast-track “global talent” visa scheme for scientists, mathematicians and researchers.
“There is a discrepancy between what’s being said and what is being done,” Islam said. “It’s not a new thing,” she added, referring to the global talent visa, “it’s just a rebranding of the [existing] exceptional talent visa.
“It’s pretty bad. Everyone is watching this case – they are not doing what they are saying.”

The academic community in the UK has rallied behind Asiya Islam, who has been denied permanent residency [Courtesy of Asiya Islam]

Trump acquitted: What’s next for the president, Democrats?