It is “highly probable” that Syrian government forces and their allies are responsible for a string of deadly attacks on health facilities in northwestern Syria, according to a summary of an internal United Nations inquiry.
The summary, a copy of which Al Jazeera has seen, said it was “highly probable” that the government of President Bashar al-Assad or its allies were behind three of seven attacks investigated by the board.
More:

How long will the Turkish-Russian deal on Idlib last?

The world governing body said it was “plausible” that the Syrian government or its allies carried out one attack while pointing to the existence of one case where it was “highly probable” that government forces acted alone.
“When they say its allies, which is what it mentioned in the report, we know that there is only one that the Syrian government with air power and that is Russia,” said Al Jazeera’s James Bays, reporting from the UN headquarters in New York.
The inquiry also found it “probable” that a deadly attack on a Palestinian refugee camp in Syria’s Aleppo was carried out either by armed opposition groups or by the Hay’et Tahrir al-Sham (HTS) alliance, formerly known as al-Nusra Front.
It said the belligerents were provided with the coordinates of the facilities.
The summary, prepared by UN Secretary-General Antonio Guterres on the basis of a 185-page confidential internal report, was submitted to the UN Security Council’s 15 members.
The UN investigation focused on seven air raids, including one that was dropped from the report’s conclusions because the UN had not relayed the coordinates of that site to the belligerents, Guterres said in a letter accompanying the summary.
“The impact of the hostilities on civilian and humanitarian sites in northwest Syria is a clear reminder of the importance for all parties to the conflict to observe and ensure respect for international humanitarian law,” Guterres said. “According to numerous reports, the parties have failed to do this”.
The UN chief attributed the small number of incidents examined to the absence of UN personnel on the ground, which made it difficult to determine what had happened.
At the end of July 2019, 10 Security Council members issued a rare demarche – a formal diplomatic petition – demanding that Guterres open an investigation into air attacks on medical installations, infuriating Russia.
The 10 were: Germany, France, Belgium, the UK, the United States, Indonesia, Kuwait, Peru, Poland and the Dominican Republic.
The board of inquiry was established in September and began working September 30.
Its report was supposed to have been submitted by the end of 2019, but was delayed until March 9.
Western countries for months have demanded that a summary of the report be published, but that, too, was delayed until now.
“Though the report is inconclusive, it remains pretty damning for the Syrian government,” said Bays.
“They reveal that they weren’t given visas, they weren’t given any help at all, it didn’t respond to the inquiries that the board made during its several months of work.”
In his letter, Guterres stressed that the board of inquiry was not a criminal investigation and that its aim was to improve UN procedures and prevent attacks of this kind in the future.
Fighting has calmed in the northwestern region after Turkey, which backs rebels opposed to al-Assad and ramped up its deployment earlier this year, agreed on a ceasefire with Russia a month ago. The fighting has displaced nearly 1 million people in Idlib since December.
Continue Reading…

The Justice Department has turned over to Michael Flynn’s defense team a page of handwritten notes authored in early 2017 by anti-Trump FBI official Peter Strzok, according to a court filing Tuesday. Although the notes were not publicly disclosed, Flynn attorney Sidney Powell told The Washington Times they are “highly and totally exculpatory” for her… 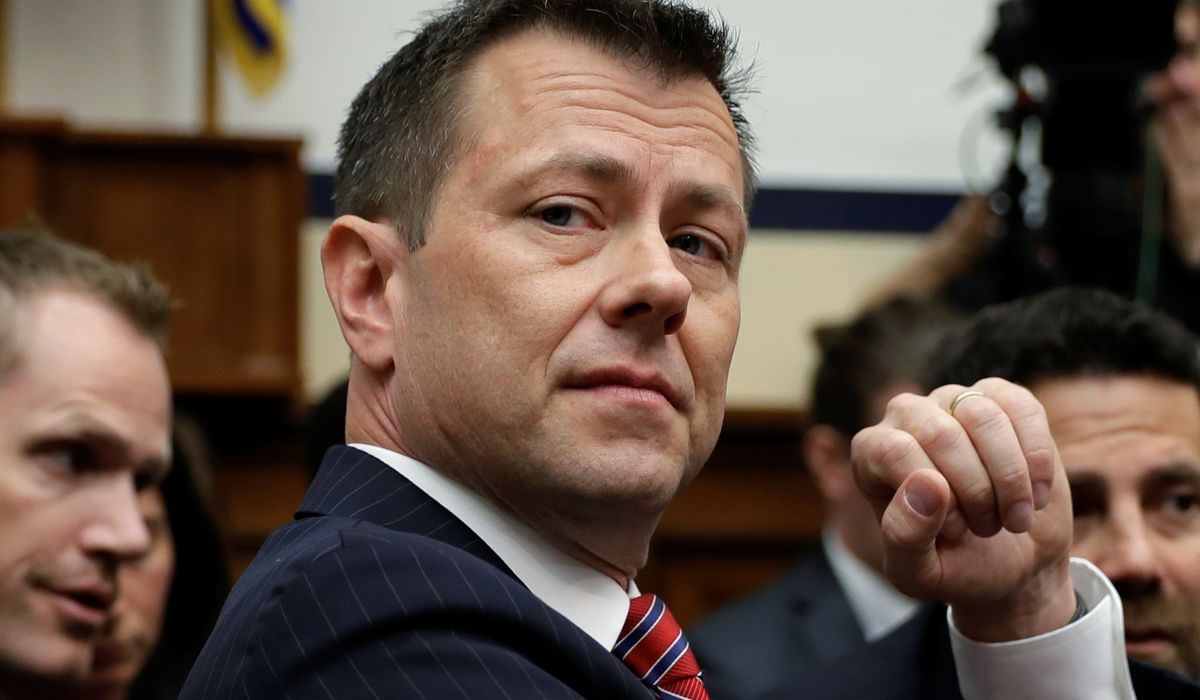 The Justice Department has turned over to Michael Flynn’s defense team a page of handwritten notes authored in early 2017 by anti-Trump FBI official Peter Strzok, according to a court filing Tuesday.

Although the notes were not publicly disclosed, Flynn attorney Sidney Powell told The Washington Times they are “highly and totally exculpatory” for her client.

“And I’m sure there is more,” she told the paper.

It may be sometime before the public gets a glimpse of the document, if at all. The notes are shielded from the public under a previous protective order issued by U.S. District Judge Emmet Sullivan, who has been appointed to various judicial positions by Republican and Democratic presidents.

Judge Sullivan will decide if the evidence will become public.

Ms. Powell said she will consult with the Justice Department on Wednesday on whether she will file a motion to unseal the notes.

The undated notes are believed to have been written between January 3 or 5, 2017, around the same time the FBI suddenly reopened its criminal investigation into Flynn, who briefly served as President Trump’s first national security adviser.

Mr. Strzok pushed to keep the case open after consulting with FBI leadership despite failing to turn up any wrongdoing in the investigation, a previous court filing revealed. FBI agents interviewed Flynn at the White House a few weeks later.

The document was discovered by Jeff Jensen, the U.S. Attorney for St. Louis, who had been appointed by Attorney General William P. Barr to review the prosecution of Flynn.

“As we have previously disclosed, beginning in January 20, the United States Attorney for the Eastern District of Missouri has been conducting a review of the Michael T. Flynn investigation,” a Justice Department official wrote in a letter to Flynn attorney Sidney Powell. “The enclosed document was obtained and analyzed by USA EDMO during the course of its review.”

Although it is not clear how significant the most recent find will be, earlier documents uncovered by Mr. Jensen have proven to be bombshells in the case.

Earlier this year, the Justice Department disclosed handwritten documents from Bill Priestap, who previously served as the FBI’s top counterintelligence official. Mr. Priestap questioned whether the purpose of interviewing Flynn was “to get him to lie so we can prosecute him or get him fired.”

Another document disclosed by the Justice Department was an internal FBI memo revealing the bureau sought to close the Flynn case, but Mr. Strozk and other top officials sought to keep it open.

Flynn had pleaded guilty to lying to the FBI about his contacts with the then-Russian ambassador in the transition period before the Trump administration took over. He has since recanted that plea and professed his innocence.

The Justice Department has pushed to drop the charges, but Judge Sullivan has not immediately granted their request. He also appointed a retired federal judge to oppose the department’s bid.

A motion to dismiss the charges against Flynn is currently pending in a federal appeals court.