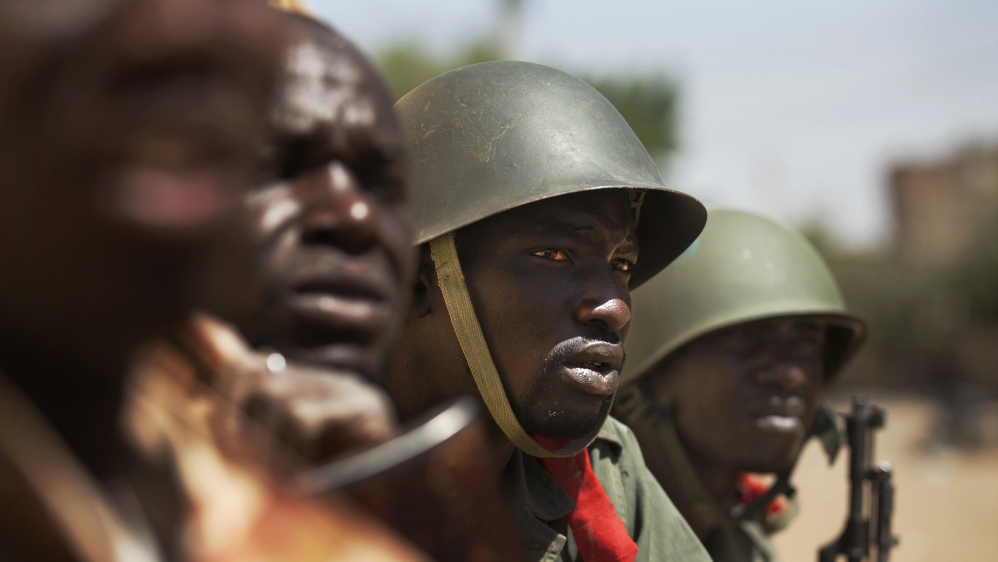 At least 20 Malian soldiers have been killed in an armed attack, local politicians and a military official said, in the latest bout of violence in the West African nation.
Fighters attacked a military base in the northern town of Bamba early on Monday morning, according to a local government official, who called the assailants “terrorists”.       More:

The Sahel: Key things to know as security crisis spirals

Another local official gave a similar account, explaining that the fighters arrived on motorbikes and in cars.
“Investigations are still ongoing on the ground because the death toll must be higher than the 20 deaths announced,” the official told AFP news agency.
Mali has been struggling to contain an armed rebellion that first broke out in the north in 2012, and which has since spread to the centre of the country and to neighbouring Burkina Faso and Niger.
Thousands of Malian soldiers and civilians have died in the conflict to date, despite the presence of thousands of French and United Nations troops in the country.
It was not immediately clear who carried out Monday’s attack.
‘Operation against the camp’
A resident of Bamba, who spoke to AFP on condition of anonymity, said armed men had been riding motorbikes around nearby villages since Sunday, before gathering for the dawn attack.”We saw 23 bodies on the spot,” the Bamba resident said, describing the aftermath of the raid, adding that fighters had destroyed the camp and stolen equipment.
“No civilian was hurt, this was an operation against the camp,” the resident added.
An army official stationed in northern Mali confirmed that the attack in Bamba but said there had been losses on both sides.
He, however, added that the army did not have a clear idea of enemy losses because the attackers took their casualties with them when they left the area.
Another military official told AFP that reinforcements had been dispatched to the area.
Hope after polls
The Mali attack comes despite attempts to reinvigorate the country’s political life in the hope of staunching the bloodshed.
The former French colony braved threats of violence and coronavirus infection to stage much-delayed parliamentary elections on March 29.The hope is that the new National Assembly will implement reforms from a 2015 peace agreement brokered between the government in Bamako and several armed groups. The implementation has been painfully slow, although this year saw the Malian army deploy units made up of both former rebels and regulars – a key provision of the deal. The pact also provides for government decentralisation, a demand of some of the rebel groups.Parallel to these efforts, the government in Bamako has also said it is prepared to enter into talks with armed groups.Al-Qaeda-affiliated armed groups have indicated that they are prepared to negotiate with the government, but only if French and UN troops pull out.
Continue Reading…