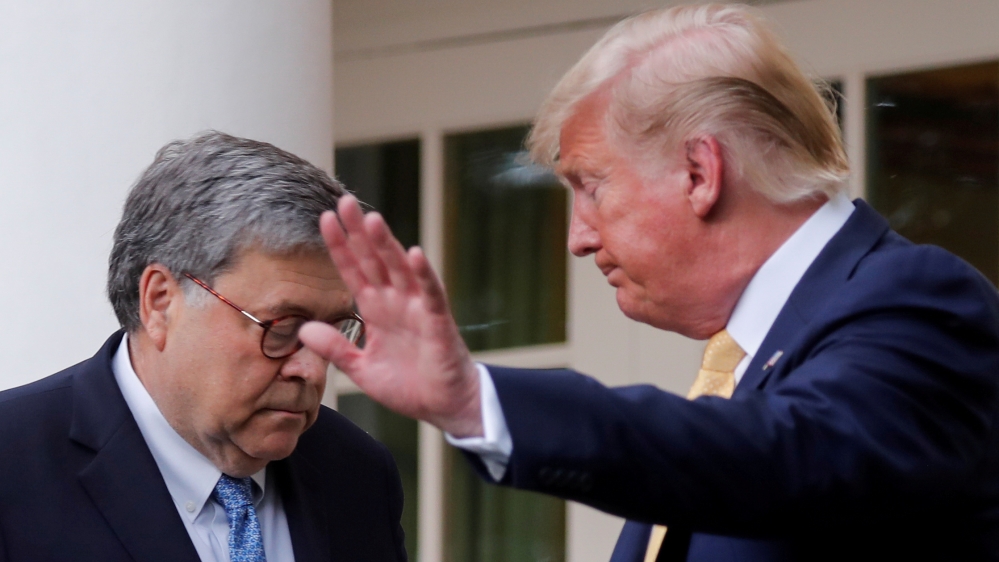 United States Attorney General William Barr has told people close to him he was considering quitting his post after President Donald Trump ignored his warning about posting on social media about Justice Department cases, an administration official told The Associated Press news agency.
The revelation late on Tuesday came just days after Barr took a public swipe at the president, saying in a television interview that Trump’s tweets about Justice Department cases and staffers made it “impossible” for him to do his job.
More:

Barr: Trump tweets on cases make it ‘impossible’ to do my job

BackPage 1 of 2Next →
In this article:attorney, general