The United States Food and Drug Administration (FDA) warned against taking anti-malarial drug hydroxychloroquine, touted by President Donald Trump as a possible treatment for COVID-19, outside of a hospital or formal study on Friday, citing “serious and potentially life-threatening heart rhythm problems”.
Trump has repeatedly stated that the drug is a possible treatment for COVID-19 and could be a “game-changer”, seemingly based on anecdotal evidence.
More:

How does coronavirus spread and how can you protect yourself?

Dispelling the myths around the new coronavirus outbreak

Coronavirus: Does warmer weather help slow the spread of the virus?

No conclusive tests have been completed to prove its effectiveness.
FDA Commissioner Dr Stephen M Hahn said in a statement: “We understand that healthcare professionals are looking for every possible treatment option for their patients and we want to ensure we’re providing them with the appropriate information needed for them to make the best medical decisions.
“While clinical trials are ongoing to determine the safety and effectiveness of these drugs for COVID-19, there are known side effects of these medications that should be considered.”
Pending approval
Trump said at an April 4 news briefing regarding hydroxychloroquine: “What do you have to lose? Take it.”
The president has hedged these remarks by saying people should confer with their doctors.
Hydroxychloroquine and chloroquine, a similar drug, are approved by the FDA to treat malaria and other ailments.
Once a drug is approved by the FDA, the release explained, it may be prescribed for unapproved uses by doctors, depending on a physician’s assessment.
The drugs have been approved for purchase and addition to the Strategic National Stockpile and may be prescribed by doctors for the treatment of COVID-19 when clinical trials are not available or feasible.
But the medicines “have not been proven safe or effective for treating COVID-19”, the FDA said in its release.
“We encourage health care professionals making individual patient decisions closely screen and monitor those patients to help mitigate these risks,” Hahn said.
“The FDA will continue to monitor and investigate these potential risks and will communicate publicly when more information is available.”
State stockpiles
State and local governments have obtained more than 30 million doses of the malaria drug.
At least 22 states and Washington, DC secured shipments of hydroxychloroquine, according to information compiled from state and federal officials by The Associated Press. Sixteen of those states were won by Trump in 2016, although five of them – including North Carolina and Louisiana – are now led by Democratic governors.
Oklahoma spent $2m to buy the drugs, and Utah and Ohio have spent hundreds of thousands on purchases. The rest of the cities and states received free shipments from drug companies or the US government over the last month. Ohio received a large donation from a local company.
Several states including New York, Connecticut, Oregon, Louisiana, North Carolina and Texas received donations of the medication from a private company based in New Jersey called Amneal Pharmaceutical. Florida was given one million doses from Israeli company Teva Pharmaceutical Industries.
The Federal Emergency Management Agency has sent 19 million doses of hydroxychloroquine to 14 cities including Washington, DC, Philadelphia and Baltimore from the federal government’s national stockpile, a source that also provided South Dakota and California with supplies. The US government received a donation of 30 million doses from Swiss drugmaker Novartis on March 29 to build up the stockpile, which does not normally stock the drug.
“If he [Trump] hadn’t amplified the early and inappropriate enthusiasm for the drug, I doubt if the states would have even been aware of it,” said Dr Kenneth B Klein, a consultant from outside of Seattle who has spent the last three decades working for drug companies to design and evaluate their clinical trials.
Klein said it’s understandable that government and health officials looked into hydroxychloroquine – which is approved for treating malaria, rheumatoid arthritis and lupus – as a possible remedy during a frightening pandemic, but the time and energy has been misspent. The potential side effects are worrisome, especially because many coronavirus patients already have underlying health conditions, he said.
“The states and the federal government are reacting in light of that fear, but it’s not a rational response,” Klein said.

Trump has repeatedly touted unproven treatments as cures for COVID-19, despite caution among health officials.
Doctors, epidemiologists and others reacted with alarm after Trump on Thursday suggested that injecting disinfectant and exposure to ultraviolet rays could help people with the coronavirus.
On Friday, Trump said that he was being sarcastic when he made the comments, but scientists and others accused the president of endangering the public’s health.
Continue Reading…

Rohingya stranded at sea, Bangladesh says not its responsibility

BEAVER CREEK, Colorado — The drug hydroxychloroquine has gotten a bad rap thanks to a politics, media hype, and some “garbage” medical research, according to Dr. Scott Atlas, a member of the White House coronavirus task force. “What’s happened with hydroxychloroquine is that the system has gone mad,” Dr. Atlas said Friday at the Steamboat… 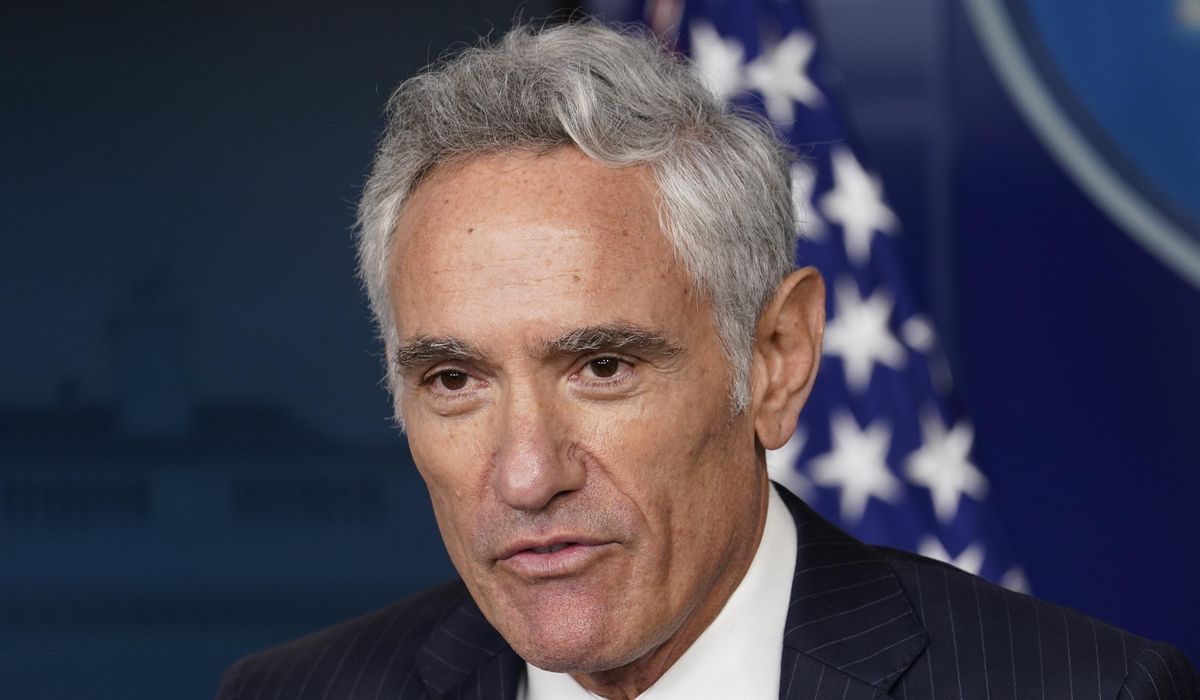 BEAVER CREEK, Colorado — The drug hydroxychloroquine has gotten a bad rap thanks to a politics, media hype, and some “garbage” medical research, according to Dr. Scott Atlas, a member of the White House coronavirus task force.

“What’s happened with hydroxychloroquine is that the system has gone mad,” Dr. Atlas said Friday at the Steamboat Institute Freedom Conference. “I sort of make the analogy that we all know objective journalism is basically dead in this country, I’m very cynical about that, and now what we’re seeing is that objective science is nearly dead.”

He emphasized that the drug has not been proven as a treatment for the novel coronavirus—“I’m not going to say it’s proven to work because it’s not”—but challenged those who have accused President Trump of pushing snake oil.

“Hydroxychloroquine is super safe. It’s a complete myth, it’s a total distortion, to say that, oh, my God, this drug is very dangerous for people,” said Dr. Atlas. “It’s been used for 65 or 70 years, not just prophylactically for malaria, which I used it myself for that many years ago, but also used for people with things like rheumatic arthritis, auto-immune-type diseases. Very safe drug.”

The FDA issued and then withdrew an emergency-use authorization for using the drug for COVID-19, saying that it showed “no benefit” for hospitalized patients, and recommending its use only in clinical trials and in hospitals, and citing the risk of “serious heart rhythm” problems when used with azithromycin.

“Objective science is dead.” — @SWAtlasHoover speaking on #Hydroxycholoroquine. He says some data says it works, but he can’t confirm that it does. #FreedomConference pic.twitter.com/tnFX2J02hJ
— The Steamboat Institute (@Steamboat_Inst) August 28, 2020

Research showing hydroxychloroquine does nothing to help severely ill patients miss the point, said Dr. Atlas, a former Stanford University Medical Center professor and physician, who serves as special advisor to the president.

“There’s no surprise there,” said Dr. Atlas, who spoke at the conference via Zoom. “The drug was never thought really by most people to be effective in that kind of patient; the drug is more likely to be effective early on, or even preventing the infection, like it’s used in malaria.”

He said the mechanism of the drug’s action suggests it should work, and cited what he called a “good study” on hydroxychloroquine released in July by the Henry Ford Health Center in Detroit, which showed in a retrospective analysis a 50% reduction in mortality for patients who took the drug versus those who didn’t.

“It’s being used all over the world, and I’m not going to say it’s proven to work because it’s not, but there’s certainly some data that suggests that it will, and the basic science says it should,” said Dr. Atlas.

He contrasted the Henry Ford study to the “many, many papers that were published that were literally garbage that should have never been published,” some of which were later withdrawn.