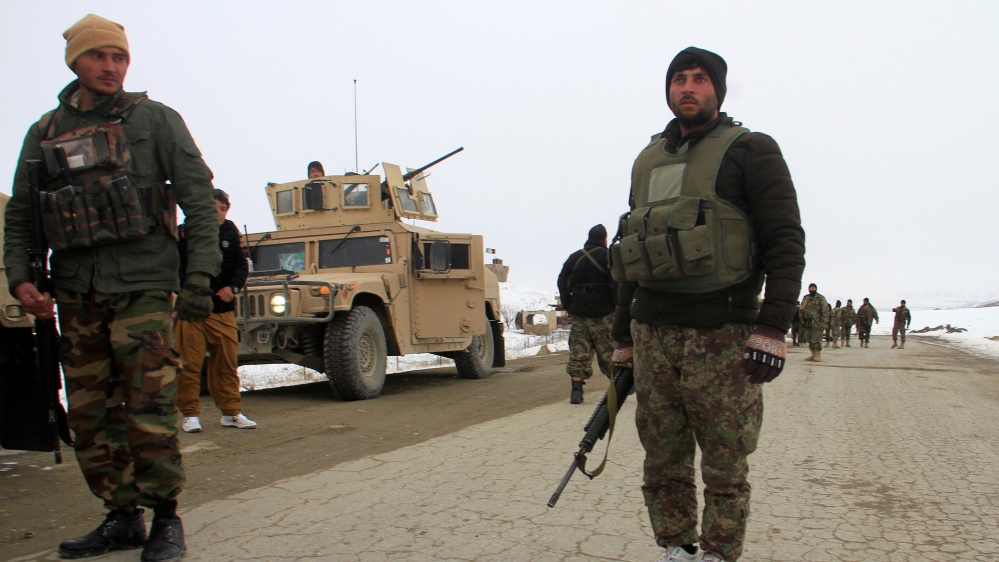 The US military has confirmed one of its planes crashed in eastern Afghan province of Ghazni on Monday, but disputed claim that the aircraft had been brought down by enemy fire.
“While the cause of crash is under investigation, there are no indications the crash was caused by enemy fire,” US military spokesman Colonel Sonny Leggett said in a statement.
More:

From the US to Afghanistan: Rediscovering the mother who left me

Leggett gave no information on casualties in the crash.
Pictures and a video on social media purportedly from the crash site showed what could be the remains of a Bombardier E-11A aircraft. Reuters could not verify the images.
Senior Afghan officials told Reuters the authorities had rushed local personnel to locate and identify the wreckage in a mountainous area partly controlled by the Taliban.

BackPage 1 of 2Next →
In this article:confirms, military