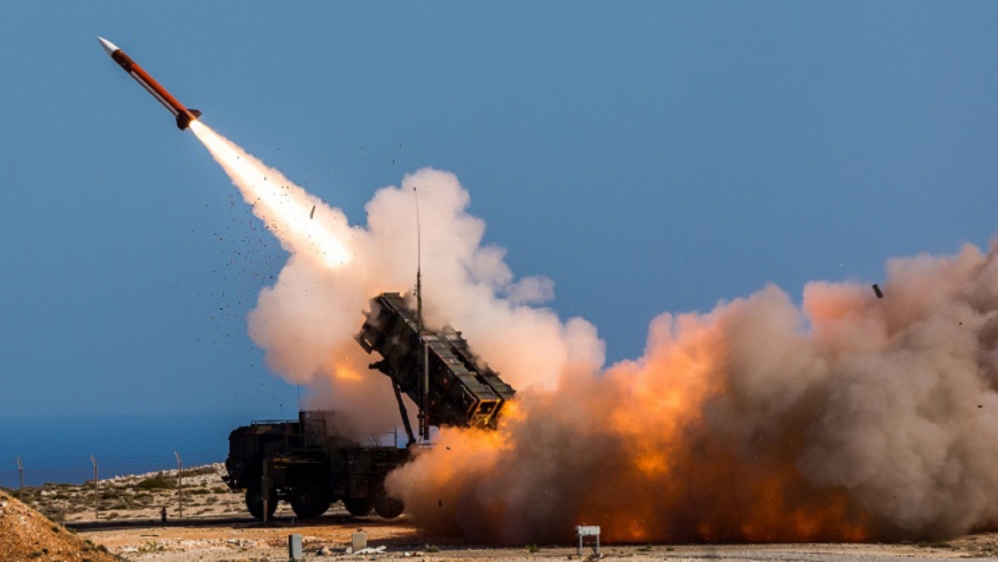 The United States has offered to sell Turkey its Patriot missile defence system if Ankara promises not to operate a rival Russian system, Turkish President Recep Tayyip Erdogan has said, in what he called a significant softening in Washington’s position.
Two Turkish officials told Reuters News Agency that Turkey was evaluating the US offer but added that Ankara had not changed its plans for the Russian S-400 systems, which it has said it would start to activate next month.
More:

Why do countries want to buy the Russian S-400?

NATO allies Turkey and the US have been at odds over Ankara’s purchase last year of the S-400s, which Washington says are incompatible with the alliance’s defence systems.
After heavy fighting in northwestern Syria’s Idlib region this year, Turkey asked Washington to deploy Patriots along its border with Syria for protection.
But the US said Turkey could not have both the S-400s and the Patriots.
Speaking to reporters on his return flight from Brussels, Erdogan said Ankara had told Washington to deploy Patriot systems to Turkey and that it was ready to buy the systems from the US, as well.
“We made this offer to the United States on the Patriot: If you are going to give us Patriots, then do it. We can also buy Patriots from you,” he said.
“They also softened significantly on this S-400 issue. They are now at the point of ‘promise us you won’t make the S-400s operational,'” Erdogan added.
Previous talks between Turkey and the US on the purchase of the Patriots have collapsed over a host of issues, from the S-400s to Ankara’s dissatisfaction with Washington’s terms. Turkey has said it will only agree to an offer if it includes technology transfer and joint production terms.
Syria conflict
While ties between Ankara and Washington have been strained, the US has offered support for its ally as it battles to stop Russia-backed Syrian government advances in Idlib.
But US officials said on Tuesday Ankara had to clarify its position on the S-400s for their security ties to advance.

US special representative for Syria James Jeffrey and US Ambassador to Turkey David Satterfield told reporters on a conference call from Brussels that Washington was discussing with NATO what support it can offer Turkey militarily.
Jeffrey also said they had considered possible responses should Russia and the Syrian government break a ceasefire in Idlib, officials said.
He suggested other NATO states could individually or as an alliance provide military support to help Turkey.
But he ruled out sending ground troops and said there still needed to be a resolution to the S-400 issue for the security relationship to move forward.
“You can forget ground troops. Turkey has demonstrated that it and its opposition forces are more than capable of holding ground on their own,” Jeffrey said.
“The issue is the situation in the air, and it’s what we are looking at,” he said, adding that Washington did not believe that Russia and Syrian had any interest in a permanent ceasefire in Idlib.
“They are out to get a military victory in Syria, and our goal is to make it difficult for them to do that,” Jeffrey said.
“Our goal is … to make them think twice. If they ignore our warnings and preparations and move forward, then we will react as rapidly as possible in consultation with our NATO and European allies on what the package of sanctions and other reactions will be.”
‘Position unchanged’
While Erdogan has frequently referred to the S-400 purchase as a “done deal” and said Turkey would not back away from it, he did not repeat that stance in his comments on Tuesday.
Turkish officials, however, said Turkey’s position remained unchanged.
“The United States has once again brought up the Patriot offer. The United States’ previous strong stance isn’t the case any more. They are approaching Turkey more empathetically now,” a senior official said.
“The core condition is that the S-400s are not activated, or in other words, they are not unboxed. This offer is being evaluated, but there is no change of stance on the S-400s,” said the official, speaking on condition of anonymity.
Another Turkish official told Reuters the latest offer by Washington also included Turkey’s return to the F-35 stealth fighter jet programme, which Ankara was involved in both as manufacturer of plane parts and customer for the jets.

After Ankara bought the S-400s, Washington suspended its involvement in the programme and threatened sanctions.
“There is a US offer for Patriots, but this offer includes the F-35s,” the Turkish official said, speaking on condition of anonymity.
“Air defence systems can be purchased, but Turkey’s conditions are clear: there has to be issues like the know-how transfer and joint production.”
Turkey has said it plans to activate the S-400s it received from Russia in April. The US has warned such a move will trigger sanctions, though Ankara has repeatedly said good ties between Erdogan and US President Donald Trump may be able to avert this.
Under a US law, known as Countering America’s Adversaries Through Sanctions Act (CAATSA), purchase of defence equipment from Russia could invite sanctions. However, the president can opt to issue a waiver.
Continue Reading…

Analysis: There is a perfect storm brewing in Saudi Arabia