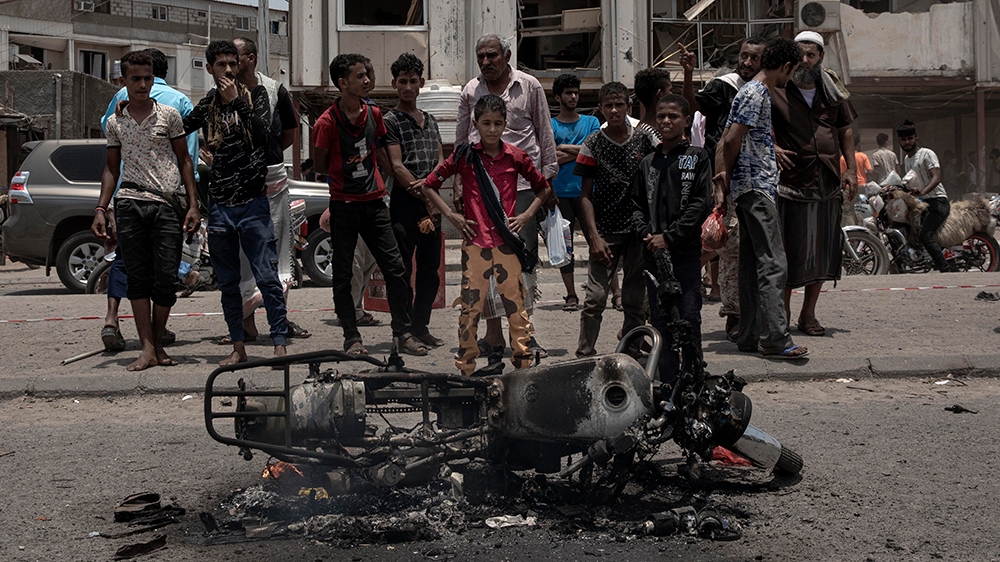 London, United Kingdom – The United Kingdom, Turkey and the United States have been asked to open police investigations into alleged war crimes committed by the United Arab Emirates and its mercenaries in Yemen in 2015 and 2019, and arrest Emirati officials under the principle of universal jurisdiction.
British law firm Stoke White filed the complaints on Wednesday to the Metropolitan Police in London, the US Department of Justice and Turkey’s Ministry of Justice on behalf of Yemeni journalist Abdullah Suliman Abdullah Daubalah, who claims he was targeted in an attack, and Salah Muslem Salem, whose brother was killed in the war-torn country.
More:

Why is Yemen at war?

BackPage 1 of 2Next →
In this article:Turkey, urged