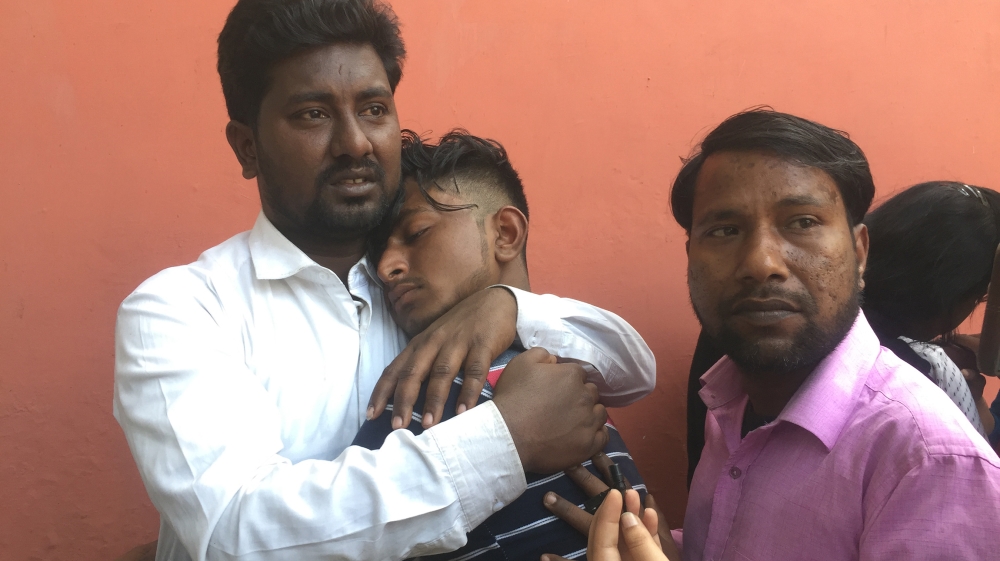 New Delhi, India – Saddar-Ud-Din had been waiting for his son’s body at the Guru Teg Bahadur (GTB) Hospital since Monday evening. His 32-year-old son Mohammad Furqan was killed by Hindu mob in the Kardam Puri area of northeast New Delhi.
He was among dozens of people who waited on Wednesday outside the mortuary at the GTB hospital to receive the bodies of their relatives.
More:

Can religious violence in India be contained?

The death toll on Thursday climbed to 34 in the worst religious violence to have hit India’s capital in decades, with the police, in many instances, accused of siding with Hindus and against Muslims.
Around 3:15pm on Wednesday, Furqan’s body, wrapped in shrouds, was brought out on a stretcher and handed to his family.
“Furqan died on Monday and since then we were waiting for his body,” 64-year-old Din told Al Jazeera.
Din alleged that his son, who worked in the family handcrafts business in Kardam Puri, was shot in his leg and abdomen by Hindu rioters around 4pm on Monday, barely 150 metres from his home.

BackPage 1 of 2Next →
In this article:brother', Hindu