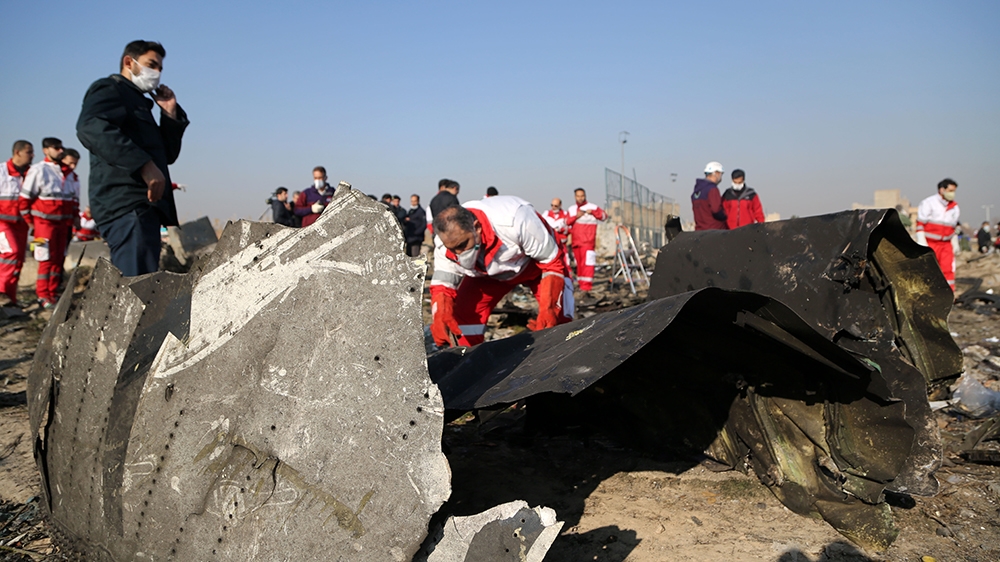 Five countries whose citizens died when Iran shot down an airliner in error last week said Tehran should pay compensation to families of the victims, and warned that the world is watching for its response.
Canada, Ukraine, Sweden, Afghanistan and the United Kingdom said on Thursday that Iran should hold a “thorough, independent and transparent international investigation open to grieving nations” in a statement issued after a meeting of officials in London.
More:

Why did Iran lie about shooting down the Ukrainian plane?

The airliner was struck by a missile on January 8 shortly after it left Tehran en route to Kyiv.
Iran admitted on Saturday that it had shot down a Ukraine International Airlines plane mistakenly, after initially denying it had a role in the incident.
All 176 people aboard were killed, including 57 Canadians, 11 Ukrainians, 17 people from Sweden, four Afghans and four British citizens, as well as Iranians.
The five countries asked Iran to conduct the process of identifying victims with dignity and transparency while respecting the wishes of families regarding repatriation.
“The eyes of the international community are on Iran today. I think that Iran has a choice, and the world is watching,” Canadian foreign minister Francois-Philippe Champagne told reporters.
The bodies of all the Ukrainians who died in the crash have been identified and will be transported back to Ukraine on January 19, the interior ministry said in a statement to Reuters.

BackPage 1 of 2Next →
In this article:watching', World