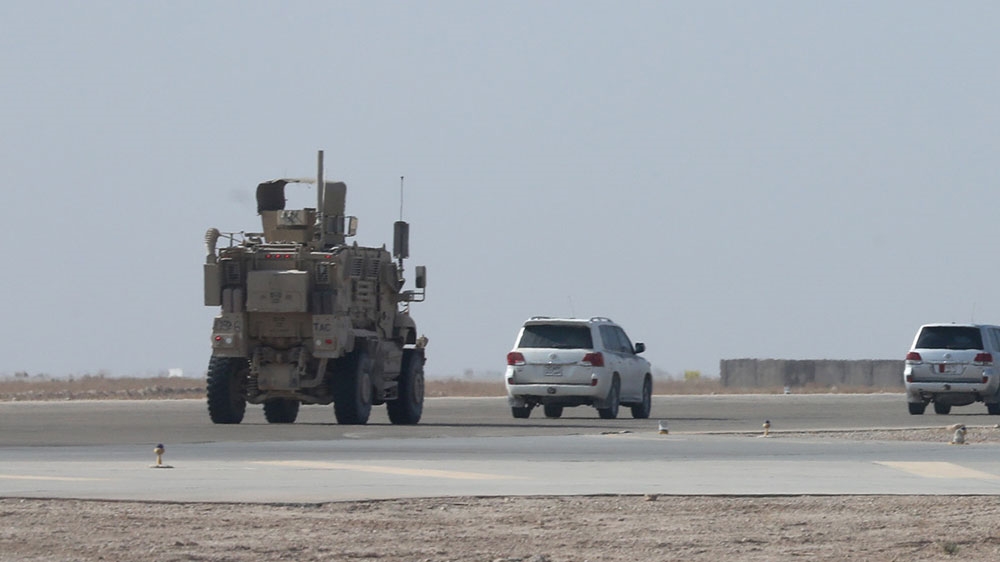 Iran has fired more than a dozen missiles at two Iraqi military bases hosting US troops, the Pentagon confirmed.
The missiles targeted the Ain al-Assad base in Anbar province and a facility near Erbil’s airport in northern Iraq early on Wednesday morning; they were fired in retaliation for the killing of top Iranian commander Qassem Soleimani by the US, Iran said.
More:

Iran attacks US facilities in Iraq: All the latest updates

US military has no plans to leave Iraq: US defence chief

US President Donald Trump said he would make a statement on the attacks on Wednesday morning in Washington, DC.
As tension increases, governments around the world are calling for a return to diplomacy and considering plans to withdraw their citizens.
Below are reactions from around the world.
NATO
NATO chief Jens Stoltenberg in a tweet on Wednesday condemned the rocket attacks on Iraqi bases housing US troops and called on Iran to “refrain from further violence”.

I condemn the Iranian missile attacks on US & @coalition forces in Iraq. #NATO calls on Iran to refrain from further violence. Allies continue to consult & remain committed to our training mission in Iraq. pic.twitter.com/6PdXMZxSNB
— Jens Stoltenberg (@jensstoltenberg) January 8, 2020

BackPage 1 of 2Next →
In this article:reacts, World