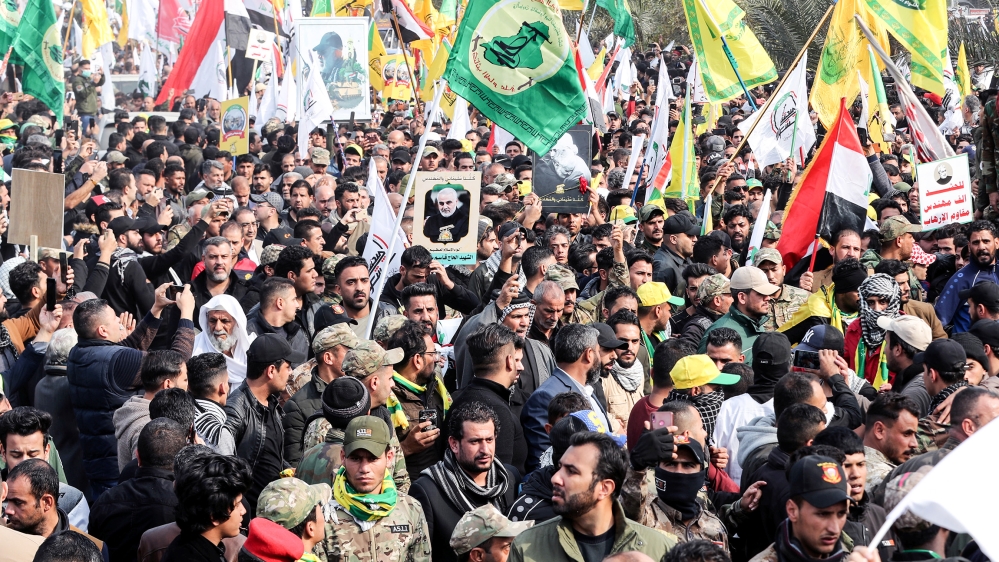 Thousands of mourners have joined the formal funeral processions for Iranian Major-General Qassem Soleimani, Iraqi paramilitary commander Abu Mahdi al-Muhandis and several others others killed in a US air strike in Iraq’s capital, Baghdad.
Dressed in black and raising the flags of the powerful paramilitary umbrella group Hashd al-Shaabi (Popular Mobilisation Forces or PMF), the large crowds first gathered near the Shia shrine of Kadhimiyya in Baghdad to pay their respects to the dead.
More:

BackPage 1 of 2Next →
In this article:down', Thousands