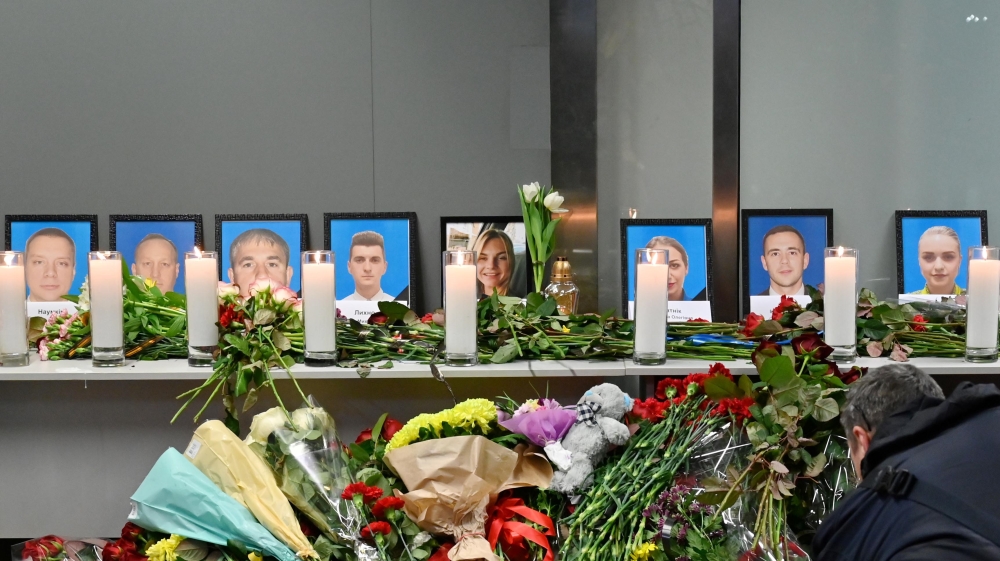 Kyiv, Ukraine – President Volodymyr Zelenskyy said claims that a Ukrainian passenger plane was downed by an errant Iranian, Russian-made cruise missile were “unconfirmed”, as he demanded evidence from Western countries suggesting theories behind the disaster.
The Ukrainian leader on Friday urged the United States, Canada and the United Kingdom to share any intelligence data regarding the Ukraine International Airlines plane crash that killed all 176 passengers and crew on Wednesday, minutes after takeoff from Imam Khomeini International Airport in Tehran.
Writing on his Facebook page, Zelenskyy said: “The version of a missile hitting the plane is not ruled out, but is, for now, unconfirmed.”
He later discussed the crash with US Secretary of State Mike Pompeo on Friday, who offered condolences and assistance in the ongoing investigation. Zelenskyy briefed Pompeo about the progress in the investigation.
More:

US-Iran tensions after Soleimani killing: All the latest updates

‘Our loved ones aren’t with us any more’: Iranian-Canadians mourn

Observers say Zelenskyy’s warning was aimed at keeping Ukraine out of a tug-of-war between Washington and Tehran, that has flared following the US’s killing of top Iranian military commander Qassem Soleimani.

BackPage 1 of 2Next →
In this article:Claims, Zelenskyy