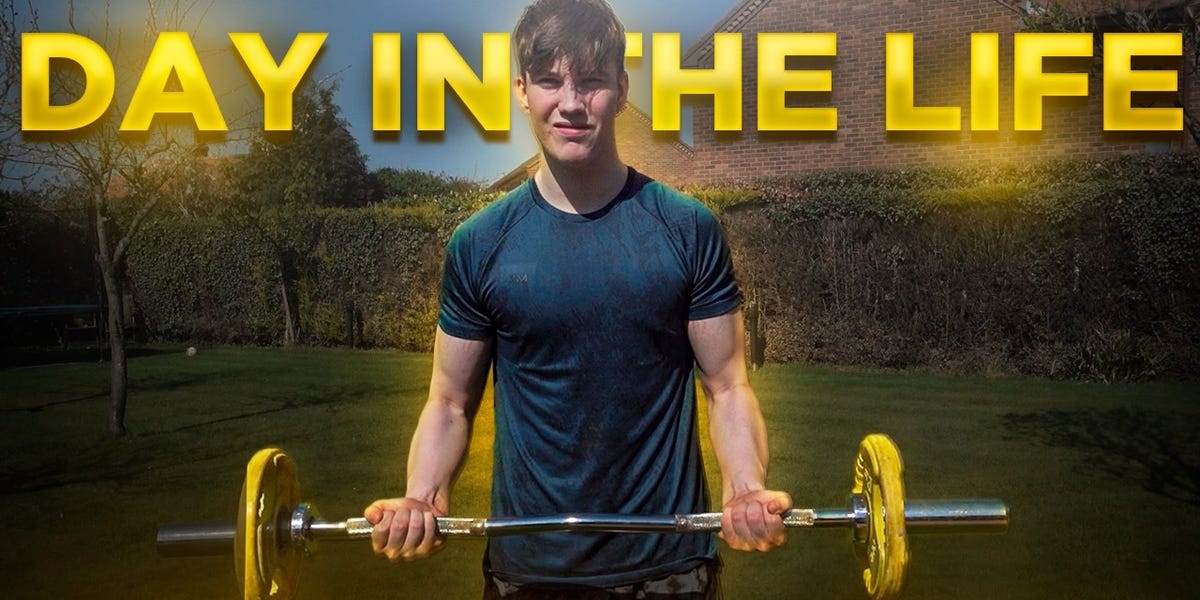 How much money YouTube pays creators with 100,000 subscribers each month varies based on the video content and audience the channel attracts.

Joe Farrington, 18, lives in the UK and posts fitness videos to his YouTube channel “Joe Fazer” with 139,000 subscribers.

Farrington started his YouTube channel in 2012 and created multiple different channels throughout the years, he said. Today, he treats YouTube like a full-time job and earns money through sponsorships and ads in his videos, he told Business Insider.

“Before I started this channel I got into fitness,” he said. “I posted my transformation – which a transformation will always get a fair amount of views – and after I posted it, it went absolutely viral with 26 million views.”

Creators on YouTube earn a certain amount of money for a video from Google’s AdSense program based on their CPM rate, or cost per 1,000 video views. CPM rates vary between creators, and no creator consistently has the same rate. CPM depends on a number of factors, from the place in the video where viewers normally drop off to the type of advertisers the video attracts. Many creators have ad-placement strategies for earning the most money possible.

Advertisers pay more for an informative business-related video than a vlog-style video. The rate also depends on seasonality, with lower CPM rates at the start of the year and higher ones toward the end.

Some videos that contain swearing or copyrighted music can be flagged by YouTube and demonetized, earning hardly any money for the creator (or none at all). One of YouTube’s biggest stars, David Dobrik, recently said in an interview that he earned only around $2,000 a month from AdSense, despite weekly videos gaining an average of 10 million views. He makes most of his money on custom merch, Dobrik told The Wall Street Journal in March.

After posting his “1 year body transformation” video 2 years ago, and seeing how well the video performed, Farrington decided to post more fitness-related content and continue sharing his journey with his growing audience. That video (with 26 million views) earned over $8,000 in AdSense, according to a screenshot viewed by Business Insider.

Monthly, Farrington’s YouTube channel earns about $560, according to a screenshot viewed by Business Insider.

Farrington has a long-term partnership with the popular UK protein powder company, My Protein, he said. He earns revenue when his followers use his discount code.

Many influencers are getting smart about finding ways to diversify – especially in recent weeks with the ad business hurting for influencers due to the coronavirus pandemic.

Recently, YouTube creators experienced a decline in direct-ad-revenue rates from the platform in April, likely because of shifting ad budgets.

Some creators have larger business ventures outside of ad-supported revenue models, like YouTube creator Preston Arsement who is also the CEO of the digital-media studio TBNR, which Forbes estimated earned $14 million before taxes from June 2018 to June 2019. Others sell consumer products like makeup, merchandise, or books that have the potential to become New York Times bestsellers.

These types of revenue streams are more important than ever for influencers, as brand deals and AdSense revenue fall dramatically.

“I’m getting double the amount of views now, but half the revenue,” Farrington said about his YouTube channel in recent weeks.

In response to the coronavirus, and taking college classes from home, Farrington said he’s thought about potentially taking a year off from University this fall to focus on growing his YouTube channel.

“I’m debating whether I should take a year out and focus on YouTube,” he said. “And if that doesn’t work out then the next year I will go back to University and do YouTube on the side.”

Sign up for Business Insider’s influencer newsletter, Influencer Dashboard, to get more stories like this in your inbox.

For more on the business of YouTube creators and influencers check out these posts on Business Insider Prime: